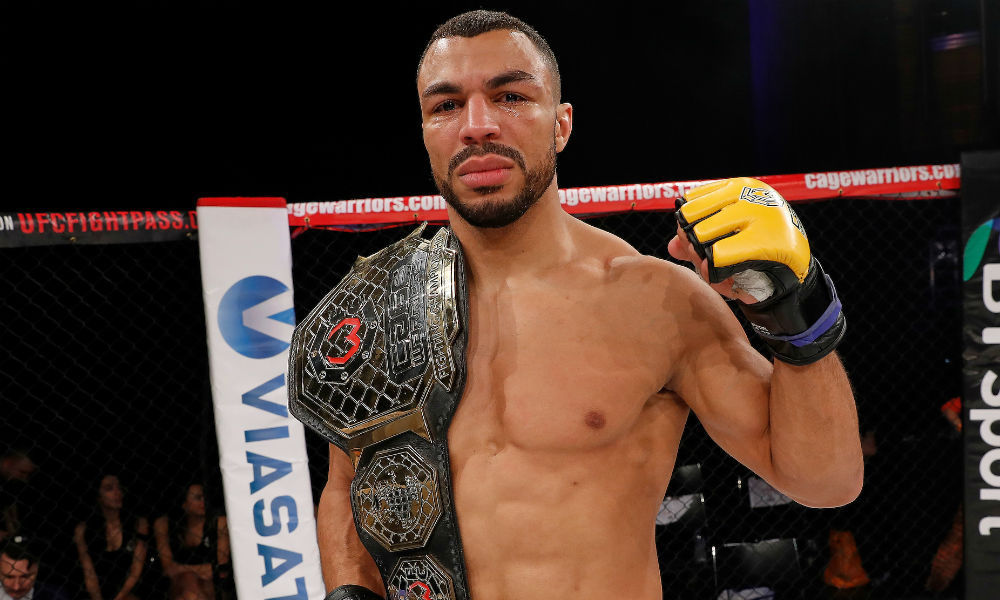 Cage Warriors’ new home of Indigo at The O2 played host to a packed card of action in the capital, with Amoussou’s win topping the list of impressive performances on the night.

Amoussou started fast, throwing with power from the off, before dropping the SBG Manchester man with a big right hand. Seeing his chance, Amoussou swarmed his downed opponent, blitzing him with a salvo of strikes until referee Marc Goddard called a stop to the contest at the 3:13 mark in the opening round.

That finish continued Amoussou’s remarkable run of form, extending his winning streak to seven in a row, with his last six fights all finished inside the opening round. Wheeler started fast and for a while looked like he might stop Kee early. But the 43-year-old showed grit and determination to fight through the early storm to take the bout into the second round.

But Wheeler wasn’t to be denied, and eventually finished the veteran with a powerful left hook to the body that sent Kee to the canvas. The main card kicked off with win for the ‘Thundercat’ as Craig White picked up an impressive submission win over Thomas Robertsen.