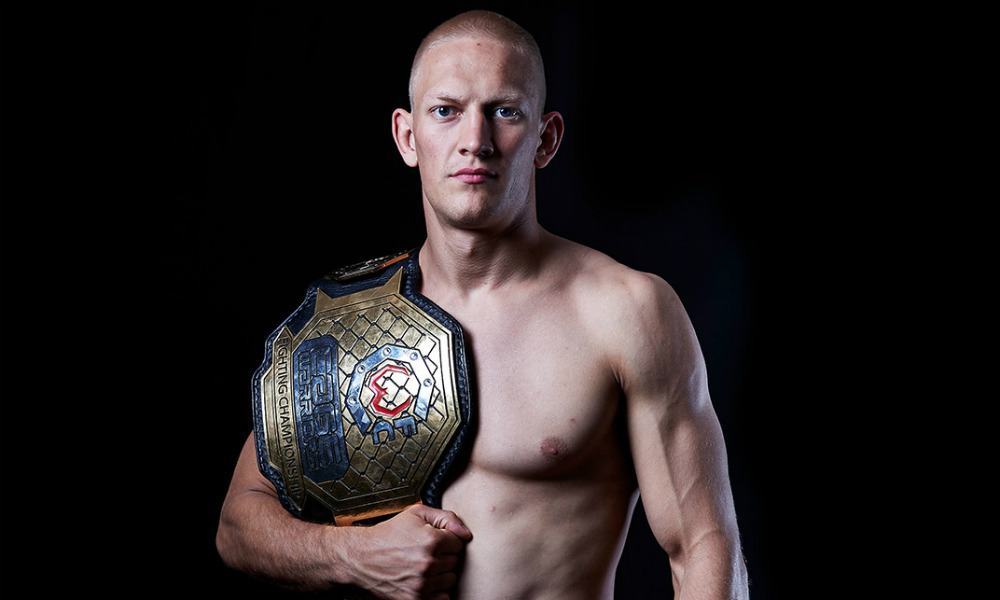 The fight started with Radcliffe stalking Piechota around the cage, but when he stepped in to land his first serious strikes of the bout, the Pole struck, connecting with a perfectly-timed short left hook shot that dropped Radcliffe to his knees.

A flurry of ground strikes from Piechota was enough to force referee Marc Goddard to stop the fight.

Stapleton utilised his strikes early, then switched to his grappling as he effectively nullified Desmae’s threat en route to a shutout win on the scorecards, with scores of 30-27, 30-26 and 30-25 giving Stapleton his maiden victory under the Cage Warriors banner.

The night kicked off with a Cage Warriors classic, with Damo Weeden and Cameron Else serving up a bantamweight barnburner as they traded leather in a breathless encounter that eventually finished with Weeden claiming a TKO in the second round.

Weeden came flying out the traps, landing huge shots before being dropped by a huge punch by Else, who looked to claim an early finish with some heavy ground and pound.

But despite finding himself on the receiving end of a battering, Weeden somehow survived the round before coming storming back in the second round to finish Else with a brutal salvo of Muay Thai knees with his opponent up against the cage as the ‘Yeti’ claimed a memorable come-from-behind win in one of the most exciting Cage Warriors fights of the year.

French-born Moroccan Rizlen Zouak carried the experience of a two-time Olympic judoka into the cage for her pro MMA debut against fellow debutant and IMMAF world champion Leah McCourt in a fascinating clash between two women’s featherweight prospects.

McCourt looked to gain the upper hand in the striking department early on, using her height and reach advantage, but Zouak gradually worked her way into the fight, stepping into range and dominating the close-quarters exchanges.

And it was that short-range dominance that eventually brought the win for Zouak, who took McCourt to the mat, trapped her arms, then landed a succession of strikes that forced referee Rich Mitchell to step in.

Also on the main card, middleweight contender Lee Chadwick picked up another impressive submission win, locking up a heel hook to force Andy Manzolo into a quick tap and verbal submission in the first round as he staked his claim for a shot at the middleweight title.