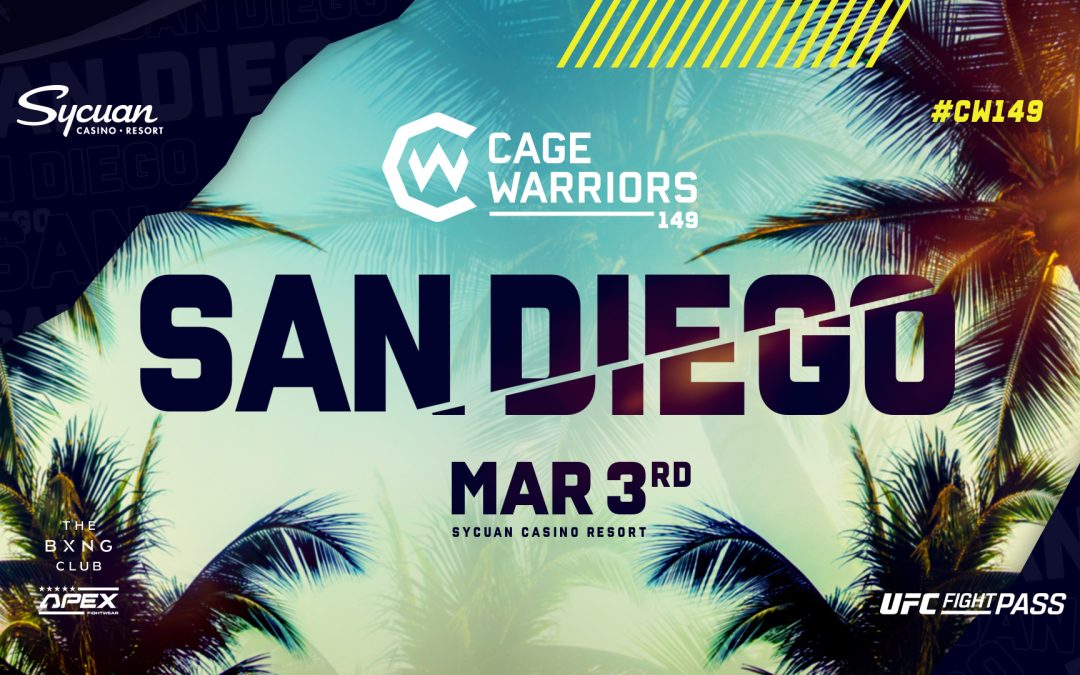 Following a number of successful fight cards in the SoCal area in recent years, the promotion will kick off its 2023 world tour at El Cajon’s Sycuan Casino Resort.

Remaining tickets for the event, which start at $95, will go on general release on Friday, December 16th.

“…we’re only just getting started.”

“By the end of 2022 we’ll have seen multiple fighters from our US roster challenging for CW gold…” Boylan continued.

“When we take over the Sycuan Casino Resort on March 3rd, with the card we have planned, I’ve no doubt we’ll be seeing some future world champions in action!”

Bouts for CW 149, which will also be streamed live on UFC Fight Pass, will be released in the coming weeks and months.