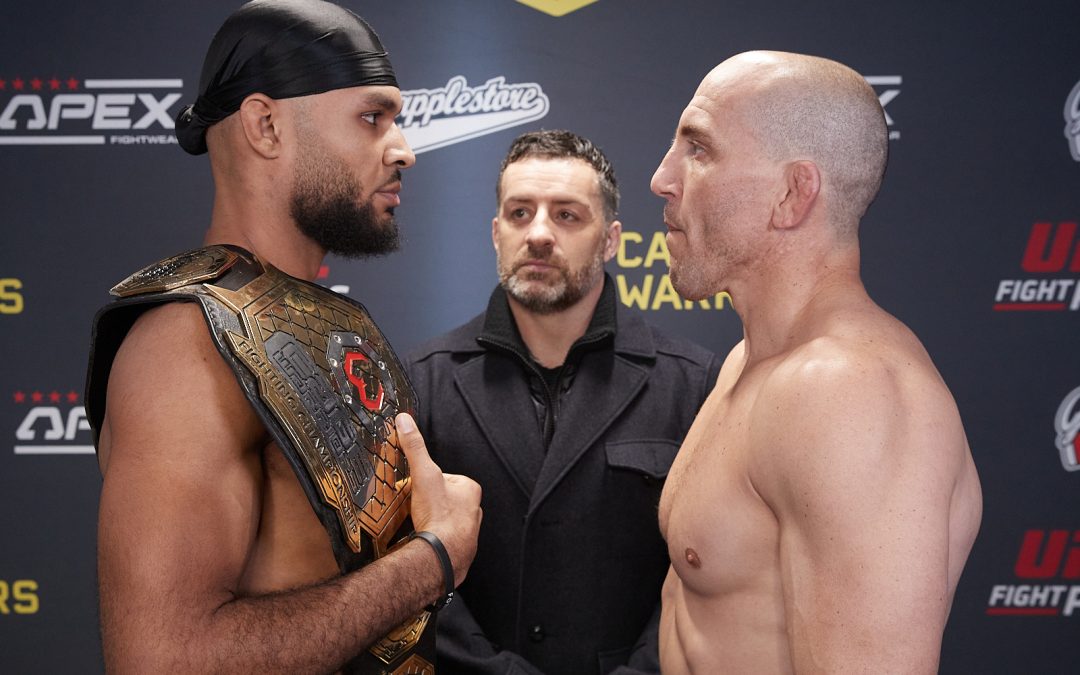 The bill for Cage Warriors 148 is set with three title fights, as all six championship fighters made weight successfully in London on Friday morning.

Jesse Taylor needed the towel to make championship weight, eventually tipping the scales at 185lbs even for his clash with champion Christian Leroy Duncan, who came a fraction under at 184.7lbs.

Both co-main event participants came in below the light heavyweight limit, with Chuck Campbell (203.4lbs) and Modestas Bukauskas (203.5) cleared to compete for vacant title.

Sam Creasey registered a shade under the championship limit for the second defence of his flyweight title. The ‘Sam-Urai’ tipped the scales at 124.9lbs, while challenger Shaj Haque was marginally lighter at 124.6lbs.

All remaining main card participants made weight successfully at the first time of asking.

Preliminary card fighters Samuel Bark, Orlando Wilson Prins and Adam Meskini all returned to make weight within the two-hour time limit after coming in slightly over on their initial attempts.

Tickets for the event, which features a DJ and bar until 1am, plus a private afterparty until 3am for King’s Row ticket holders, are available from CageWarriors.com!