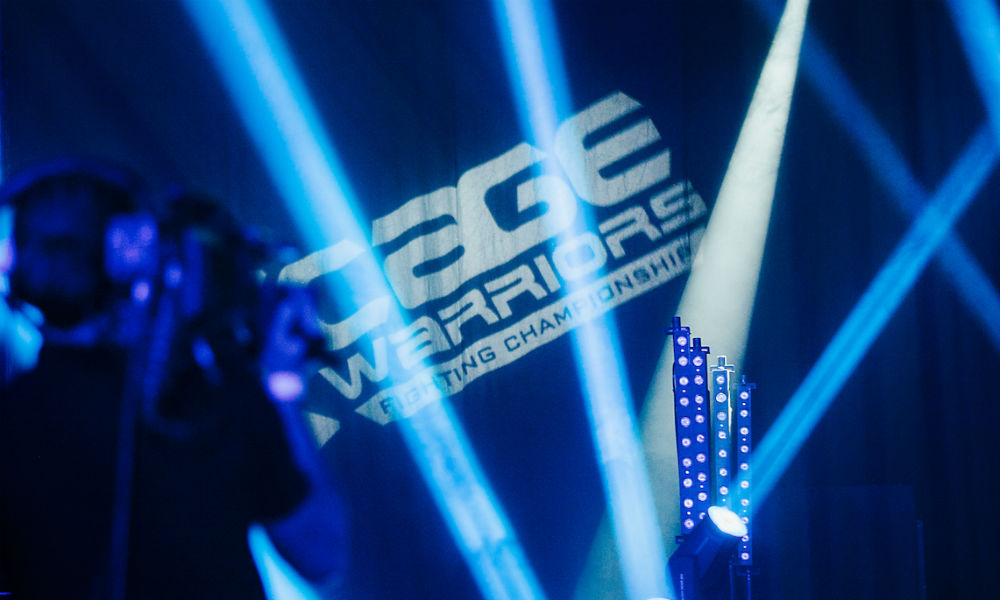 CWFC Officials have released the opening bouts for their eagerly anticipated April 15th event which will take place at the Camden Centre, London.

This event will be the first Cage Warriors show since former CEO Graham Boylan purchased the intellectual property of the brand in June of last year. Since that announcement Boylan has spent time restructuring the organisation so that it can continue to give European Mixed Martial Arts the solid platform it deserves in the same way as it did between 2010 to 2014.

More details including game changing television and streaming deals will follow in the coming weeks, however in the meantime CWFC fans will be pleased to know several bouts have already been agreed which will include a high profile featherweight clash between the talented Liverpool based submission specialist Paddy “The Baddy” Pimblett (9-1 MMA | 4-1 CWFC) and the experienced Londoner Ashleigh Grimshaw (16-9-1-2nc MMA | 2-1 CWFC).

Pimblett will return to the cage in April for the first time in nearly ten months and will look to extend his current five fight win streak which has seen him finish the previously unbeaten Kevin Petshi, the well traveled Spanish veteran Miguel Haro and fellow domestic prospect Stephen Martin inside two rounds. Known for his brash, confident attitude and highlight reel finishes, the 21 year old has impressed since his days on the amateur circuit in his mid-teens and won’t be phased by his opponent when they meet next month.

The same can be said for Grimshaw who has 13 years experience in the paid ranks and has 15 of his 16 career wins inside the distance. The Team Titan fighter has fought a “who’s who” of the domestic 145 lbs division and brings with him a versatile and dangerous all-round game which has previously seen him stop the likes of Dave Lee, Vaughan Lee and Paul Reed inside the distance during his career.

Also agreed is a Light-heavyweight bout featuring the unbeaten MMA Clinic fighter Darren “The Dentist” Stewart (5-0 MMA | 2-0 CWFC) and James Hurrell (7-4 MMA | 1-1 CWFC), who makes his return to the cage after being inactive since his exciting rear-naked choke win over Carl Kinslow at CWFC 74 in November 2014.

With all seven career victories coming inside the distance (including 6 TKO’s), Hurrell will be more than able to match Stewart’s own stoppage power which has seen him rack-up three TKO wins so far in his pro career. After going 3-0 during 2015 which included his first win over a foreign opponent, “The Dentist” will look to start his 2016 campaign by claiming a top domestic scalp in the form of the 6’6” Hurrell when they meet on April 15th.

A women’s bout will also take place on the card as the unbeaten Danish striker Anna “Panda” Elmose (3-0 MMA | 1-0 CWFC) will meet fellow stand-up practitioner Stephanie Page (2-1) in a 135 lbs match-up. Elmose has been on a tear ever since her successful amateur debut at CWFC 66 in Copenhagen in March 2014.

Since turning professional she has stopped all three of her opponents, including a 19 round second demolition of Emma Delaney at CWFC 74 and a spectacular second round stoppage of Mara Romero Borella last May which went viral. However Page brings with her considerable stand-up experience having been a former Muay Thai and Kickboxing champion.

Other bouts which can be released at this time see the talented Team Titan standout Alfie Davis (4-1) make his CWFC debut again Team Force’s Terry Doyle (3-1) in a Lightweight bout. Opening the pro card will be a featherweight bout between Rob Scott and Oliver Battell as both men look for their first professional win.

More bouts including the evening’s main event are still to be announced and will follow in the coming weeks as the CWFC team prepare to deliver another high quality event next month in the heart of London’s Kings Cross district.