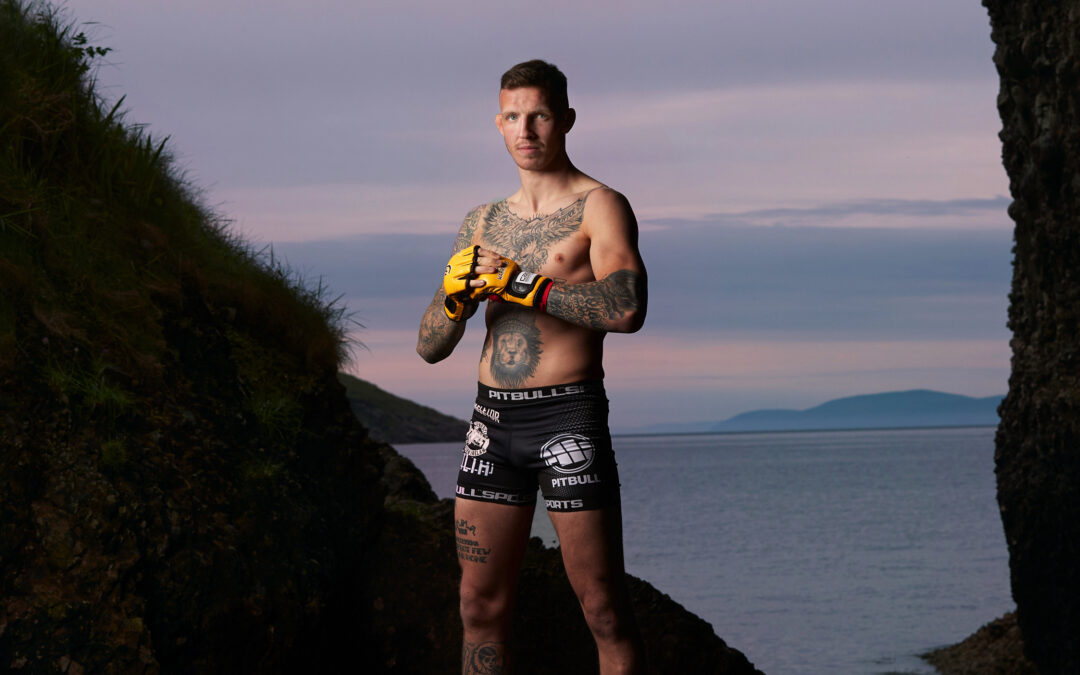 Rhys McKee (11-4-1) expects to deliver the performance of a lifetime when he collides with Justin Burlinson (7-1) in the main event at Cage Warriors 140.

The pair will compete for the vacant welterweight title in an eagerly-anticipated bout at Belfast’s SSE Arena on Saturday 25th June.

It will be McKee’s second outing since his 2020 stint with the UFC. The 26-year-old rebounded from losses to Khamzat Chimaev and Alex Morono by stopping Aleksi Mäntykivi via third-round TKO last October.

He’s now aiming to claim a title which was held by Ian Garry until the undefeated Irishman’s departure for the UFC last year.

“I’ve never seen progress in my career the way I have in the last 14 weeks and I think it’s due to having a wee bit longer prep time,” said McKee, as his training camp enters its final stages.

“I haven’t seen this much development before and I’m just so excited to show it. I’ve said before that I’ve improved, but this time I really have developed.” 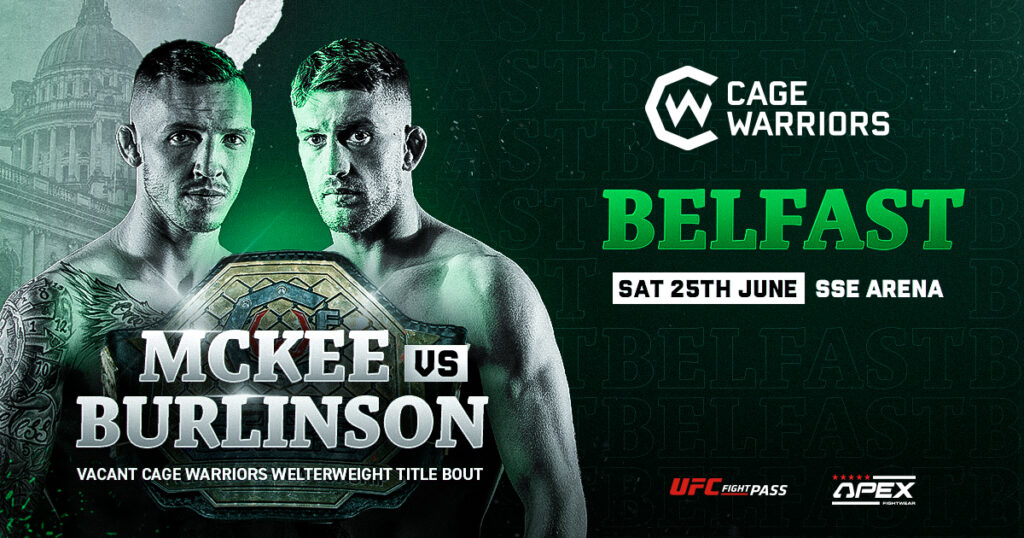 Hailing from nearby Ballymena, McKee is set to be backed by considerable home support when Cage Warriors makes a long-awaited first visit to Belfast.

“If I had the option of fighting in Las Vegas on the same night, I’m still picking the chance to headline at the SSE Arena – that’s a fact,” said McKee, who has a 4-0 record under the CW banner.

“For me, this is a monumental night. Everything so far in the 26 years of my life has been leading to this night and I just cannot wait. It’s going to be unbelievable.”

Despite acknowledging the threat posed by Burlinson, McKee is adamant that he’s more accomplished than his opponent in all facets of the game.

He said: “With Justin, you can’t make mistakes because he’s very good at getting a position and keeping it. While he’s a good fighter across the board, I just think I’m better.”

Tickets for Cage Warriors 140 at the SSE Arena in Belfast are available from TICKETMASTER and EVENTIM.