A new lightweight champion to be crowned at CW 131

A new lightweight champion will be crowned at CW 131, the first night of Cage Warriors’ end of year doubleheader, Double Trouble, on Friday 10th December inside London’s famous York Hall, when George Hardwick and Mehdi Ben Lakhdhar meet in the cage.

Current lightweight champion Joe McColgan has vacated the lightweight title due to personal matters affecting his ability to train.

On the announcement of a new lightweight champion being crowned at Double Trouble, Cage Warriors president, Graham Boylan, said: “Life has Joe McColgan busy and he’s just about got enough time to get into the gym to help his training partners get ready for their fights.

“Joe doesn’t want to hold the division up and has decided to vacate the belt providing he can fight the new champ on his return which he expects to be around April or May next year.

“I have the utmost respect for the champ for allowing the division to move on in his absence.

“Contender wise, we have two excellent fighters, George Hardwick is on a four-fight win streak with his last two fights ending within the distance.

“Mehdi Ben Lakhdhar is undefeated in Cage Warriors, winning three fights and drawing a fourth. That draw just happened to be a fight of the year with Joe McColgan back in 2019.” 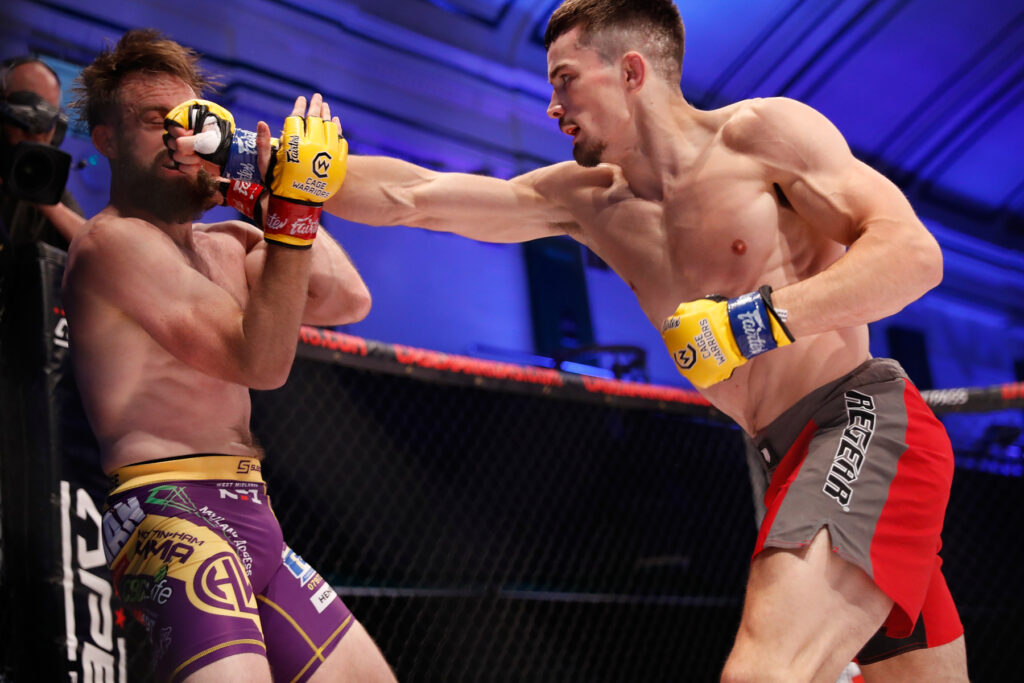 George Hardwick’s return to Cage Warriors has been sensational and has seen the Middlesbrough based fighter finish Dean Trueman with a body shot KO at CW 124, before stopping a highly rated Jakub Dohnal at CW 129 with a Guillotine Choke.

When asked about how it feels to be fighting for a Cage Warriors title, Hardwick responded: “There’s a great history behind that Cage Warriors lightweight title and I’m excited to add to it, but for me, the prospect of fighting for five rounds is what excites me the most.

“I think my style and work rate has always suited five rounds and will suit me more than Medhi. He is a step up from previous opponents but not a step that I can’t handle.

“The basics applied consistently and aggressively over five rounds will be the key to taking him out of there.

“I’m gonna take the belt back to Middlesbrough then eat pizza all week until it doesn’t fit anymore!” 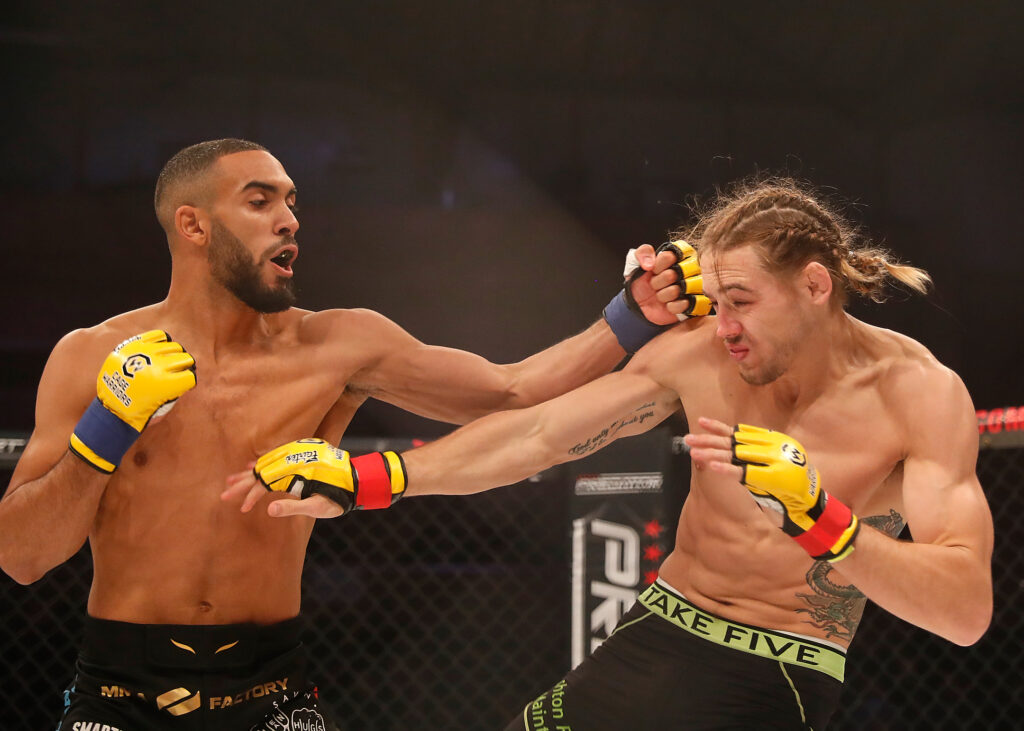 In four fights in Cage Warriors, Mehdi Ben Lakhdhar has knocked out three opponents and will enter this lightweight contest with a record of 5-0-1.