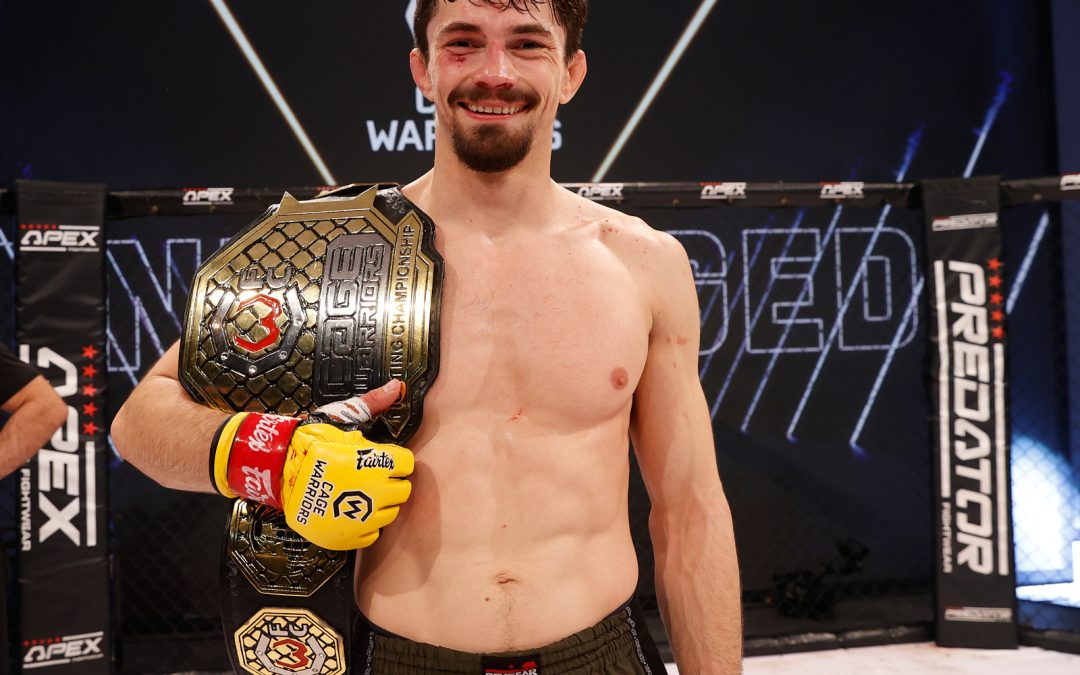 George Hardwick remains the Cage Warriors lightweight champion following yet another body shot leading to a TKO finish for ‘The King’ at CW 147.

The red corner took a clean sweep of show one to start the night with Milton Cabral and Mush Aslani wasting no time in getting proceedings underway with both of their fights seeing less than a minute gone before they were victorious.

Matty Byfield and Mathew Bonner took a little more time to find their flow state, but both managed to secure TKO/KO finishes in round two in a quick yet entertaining first show at the BT Sport Studios.

In show two, Omran Chaaban slowly fought his way to a finish following a back-and-forth fight with fellow welterweight George McManus and Jan Quaeyhaegens kept his perfect finish rate intact with a brutal knee followed by some heavy punches against Erick da Silva.

Will Currie fought through some early adversity to turn around his crunch match with Michael Tchamou before in the co-main event, Morgan Charrière’s long awaited return was a successful one as he edged a decision victory over Daniel Bažant.

Finally, George Hardwick showcased his most powerful weapon with another brutal body shot leading to the end for Chris Bungard at CW 147.

Show Two
George Hardwick def. Chris Bungard via TKO (Body shot and punches) after 4:36 of round two
Morgan Charrière def. Daniel Bažant via split decision (29-28, 28-29, 29-28) after three rounds
Will Currie def. Michael Tchamou via TKO (elbows) after 3:04 of round one
Jan Quaeyhaegens def. Erick da Silva via KO (knee followed by Punches) after 0:26 of round one
Omran Chaaban def. George McManus via TKO (Punch to the body) after 3:12 of round three