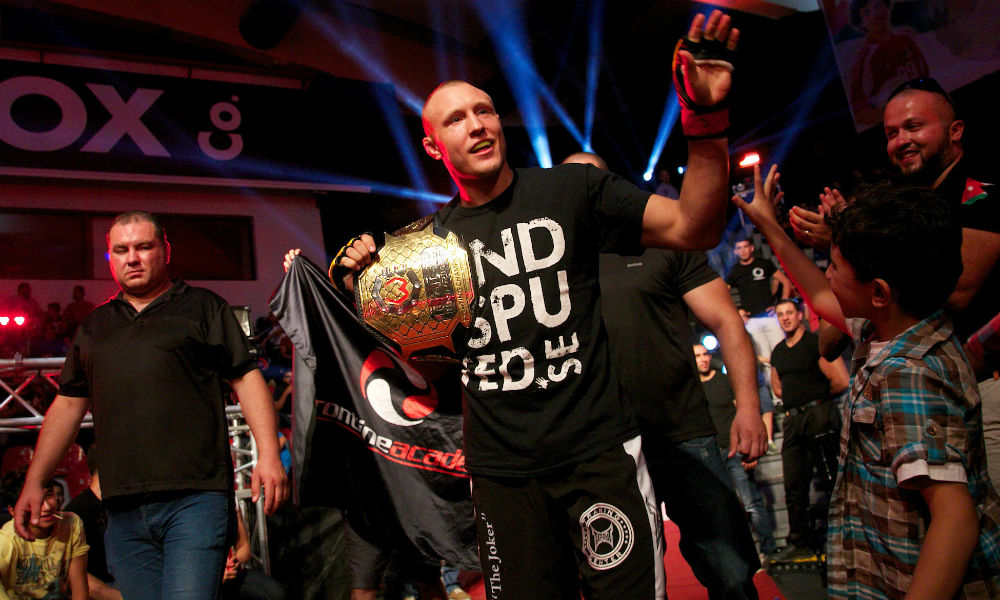 Reigning Middleweight Champion, Jack “The Joker” Hermansson (11-2 MMA | 6-0 CWFC) will put his title on the line against the Swedish based Brazilian, Alan “The Brazilian Viking” Carlos (12-8 MMA | 1-0 CWFC) in the main event at CWFC 75.

The event will take place at the Camden Centre, London on Friday 15th April and will kick off the promotion’s 2016 fight calendar.

Twenty seven year old Hermansson is widely regarded as one of Europe’s top unsigned talents and will once again be looking to impress when he mounts his second Title defense against Carlos, a BJJ black belt next month in London. Hermansson says, “I’m looking forward to defend my belt again and I’m ready for a tough fight with Alan (Carlos) who is a very experienced fighter.”

Known as the “Brazilian Viking” Alan Carlos brings with him a solid European level pedigree with five wins in his last six bouts. The 32 year old said, “I’m very happy to be back fighting at Cage Warriors and have the opportunity to fight for the belt. I have been training very hard for this day and now it has arrived.”

Additional bouts have also been confirmed for CW75 which sees Essex based lightweight, Brad “The Crazy Kid” Wheeler (15-9) face Trowbridge’s Scott Clist, (9-2-1) who makes his CWFC debut. Featherweight Chris Fishgold, (13-1-1) a Liverpool based fighter also returns to Cage Warriors as he battles Jordan “The Alpha Male” Miller (14-14) who has been campaigning for a high profile match-up on the back of six mostly unregistered wins. Pelu Adetola makes his second CWFC appearance on April 15th against Gyorgy Dolog in a middleweight bout.

Graham Boylan, Cage Warriors CEO comments, “We still have a few fights to announce but the London card is shaping up nicely. Most of these fighters have been without fights in the last 18 months so we’re expecting fireworks in London on April 15th.”

Tickets for this event are selling fast but are still available and start from just £25. (plus booking fee) Stage & Balcony seats are SOLD OUT. Tickets available from www.cagewarriors.com