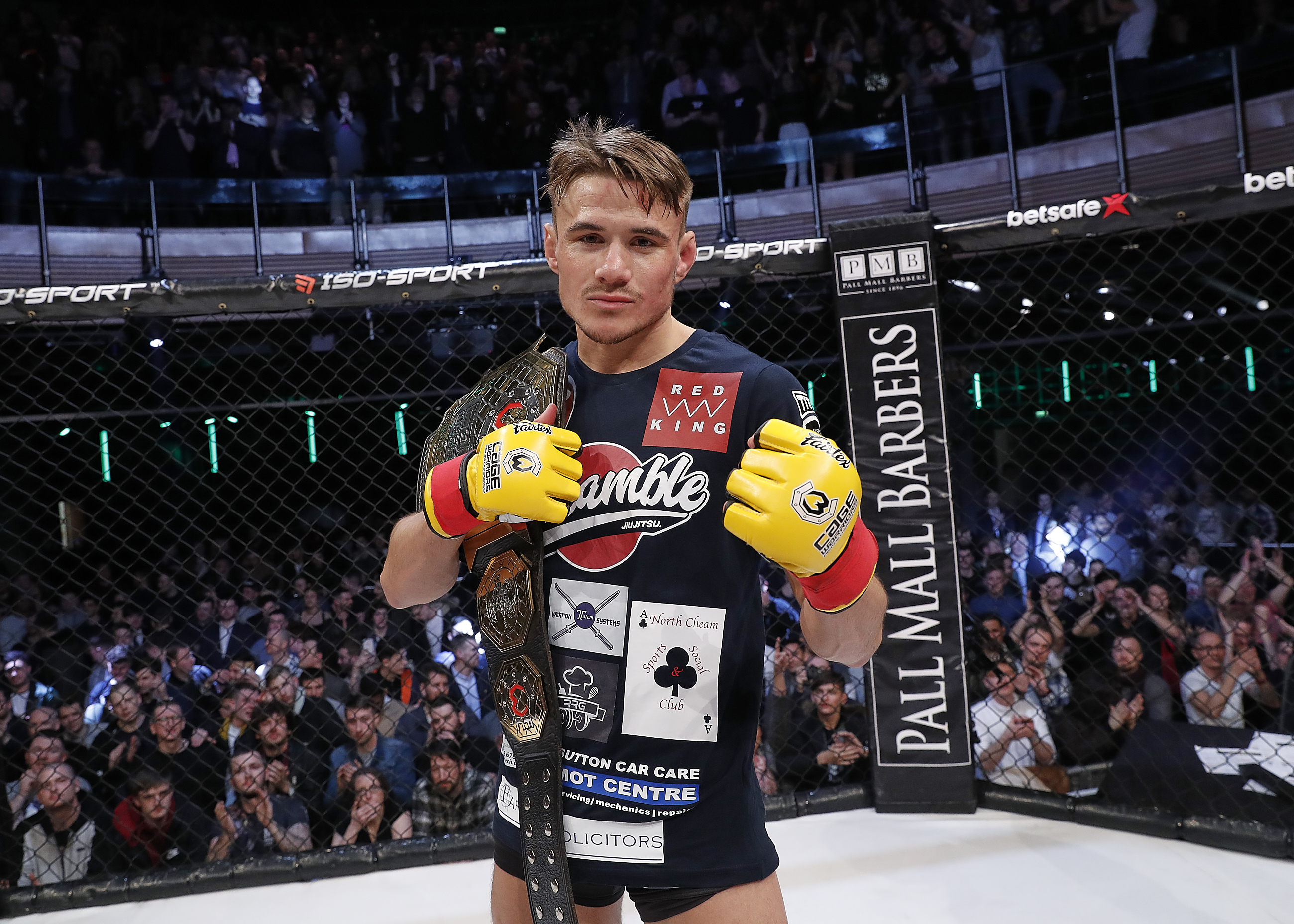 With Cage Warriors set to close out the year with its first-ever edition of Double Trouble, a Friday and Saturday night double-header from the iconic York Hall, what better time to take a look back at some of our stacked, innovative supercards and fights that have graced the UK capital? From Super Saturdays to Night of Champions, when London calls, Cage Warriors answers!

Arguably the first Cage Warriors ‘supercard’ of the modern era, the original Super Saturday featured no less than 15 competitors that had, or would, compete in the UFC/Ultimate Fighter, alongside a plethora of Europe’s finest. Darren ‘The Dentist’ Stewart made his professional debut during the prelims, while current UFC featherweight contender Arnold Allen and TUF finalist Marcin Wrzosek went to war on the undercard. 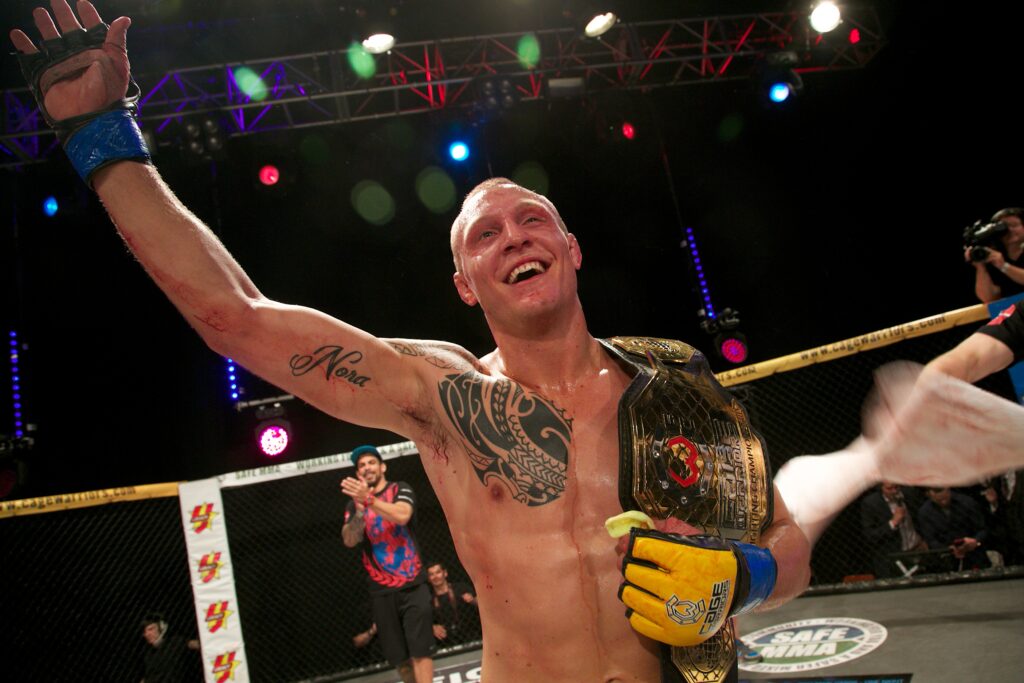 As the saying goes “You’re gonna need a bigger boat”.  After the success of Super Saturday and its follow up in Newcastle’s Metro Radio Arena, Super Saturday would return to London,

for a third edition, this time in the Olympic Park’s Copper Box. Packed with memorable moments, the show was a landmark night for Scandinavian MMA in particular, with UFC fighters Nicolas Dalby and Pannie Kianzad winning their main event title bouts. 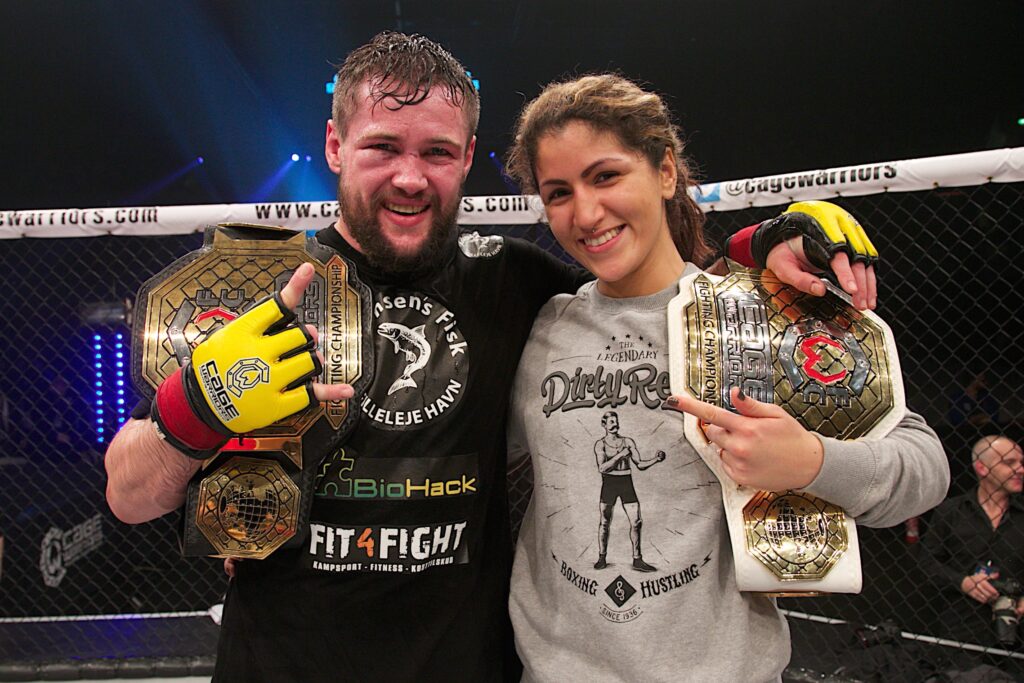 Super Saturday 3 will also be remembered for Darren Stewart nabbing a first-round win and cutting his post-fight interview short to dash to the hospital for the birth of his child, the instant classic between Tim Wilde and Sean Carter, and ‘Irish’ Joe Duffy scoring one of the most hellacious KO’s in Cage Warriors history…as well as the bone-breaking debut of a certain Nathaniel Wood, speaking of which…

While not a supercard as such, you’d have struggled to explain that to the thousands of Londoners and their travelling Welsh counterparts that packed out the Indigo at the O2 for what would go down as one of the most explosive Cage Warriors main events of all time. 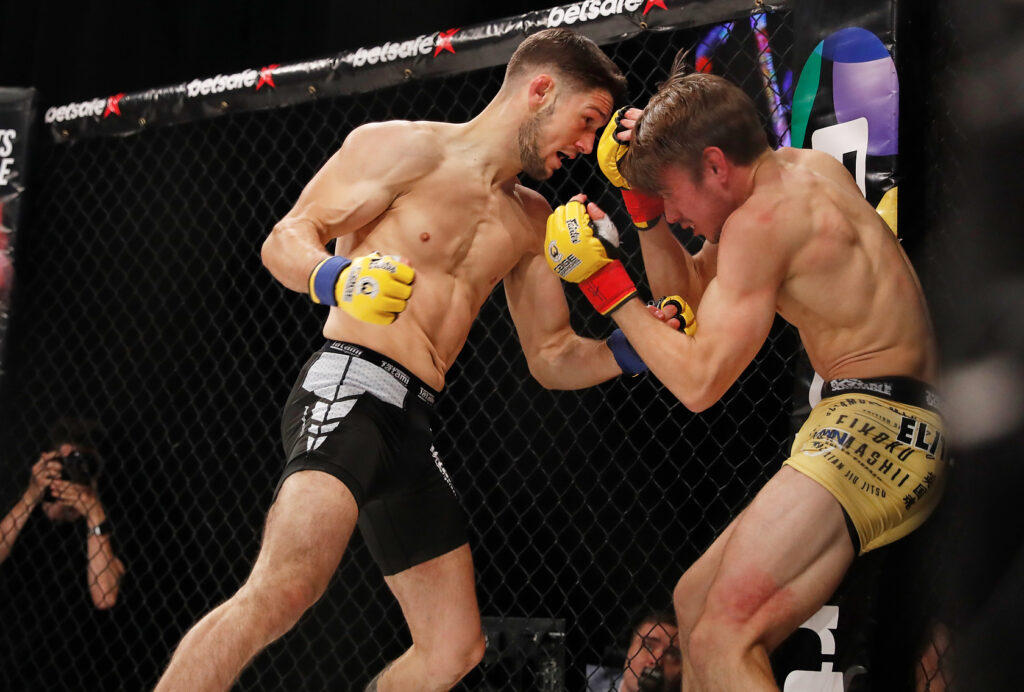 A pure fist-fight from start to finish, it became imminently clear that this would be as much a battle of wills as a battle of skills. First blood went to the Welshman; as Reed slung shot after shot in his staggered foe’s direction, it seemed like one clean blow was all it would take to seal the deal. Wood had other ideas; just as the fight seemed to be slipping through his fingers, he snatched it back with a single shot that caused a seismic shift in momentum.

Though it lasted barely a few minutes, the bout took fans on a rollercoaster of emotions; a true fistic representation of the thrill, the agony and the ecstasy of prizefighting.

The fourth and most recent edition of Super Saturday featured a cast of characters teeming with past, present and future Cage Warriors champions and challengers, many of whom would go on to call the UFC home.

All eyes then shifted to the evening card where Dean Trueman and Corrin Eaton tore the house down, before Jack Shore had his breakout performance against UFC veteran Vaughan Lee. Fan favourite Craig White put on a consummate performance in the co-main event, before Nathanial Wood (literally) punched his ticket to the UFC with a show-stealing one-hitter-quitter against Luca Iovine; a characteristically spectacular punctuation mark on his Cage Warriors tenure.

More gold than Mr T’s night stand: That was the theme of Night of Champions 2, a dangerously top-heavy evening of fisticuffs culminating in no less than six world title bouts, any of which could have headlined a regular (if there is such a thing) Cage Warriors offering. Where to begin? Modestas Bukauskas upset the odds to stop Marthin Hamlet for the light heavyweight belt in the evening’s first championship bout, before Samir Faddine stunned Sam Creasey to capture flyweight gold.

James Webb retained his middleweight title in a manic brawl against the marauding Nathias Frederick that would end in a controversial draw, while Mads Burnell relieved Dean Truman of his featherweight strap in far more decisive fashion with a second-round Japanese Necktie. In the evening’s co-main event, Jai Herbert showed off his sniper-like right hand, snapping off a clean shot to capture the vacant lightweight title against Jack Grant.

All that remained was the small matter of the evening’s headline bout.

A main event ending in a dreaded ‘no contest’ after five thrilling title bouts doesn’t exactly scream a fairytale ending, but this is Cage Warriors; we don’t slink off quietly into the night. Few knew what to expect from the welterweight unification bout between champion Ross Huston and interim title holder Nicolas Dalby, but nobody could have predicted the two-and-a-half blood-splattered rounds of pure, unadulterated mayhem that closed the show.

Thirteen minutes was all it took for the pair to leave the Cage Warriors cage looking like a deleted scene from Dexter. Yet as the Danish Dynamite looked to be in the ascendancy, the sheer amount of plasma spilt left the fighting surface unsafe, forcing referee Marc Goddard to call a halt to proceedings. While the record books recorded no official winner, Dalby was promptly snapped-up for a second stint in the UFC and once again the Cage Warriors faithful went home happy.

Cage Warriors will return to London to close out the year, as Double Trouble crashes into the capital city’s York Hall on December 10th & 11th, and tickets are available here.

Brad Wharton is Cage Warriors’ play-by-play announcer and is a regular feature writer for CageWarriors.com. `He can be followed on Twitter, @MMABrad48.