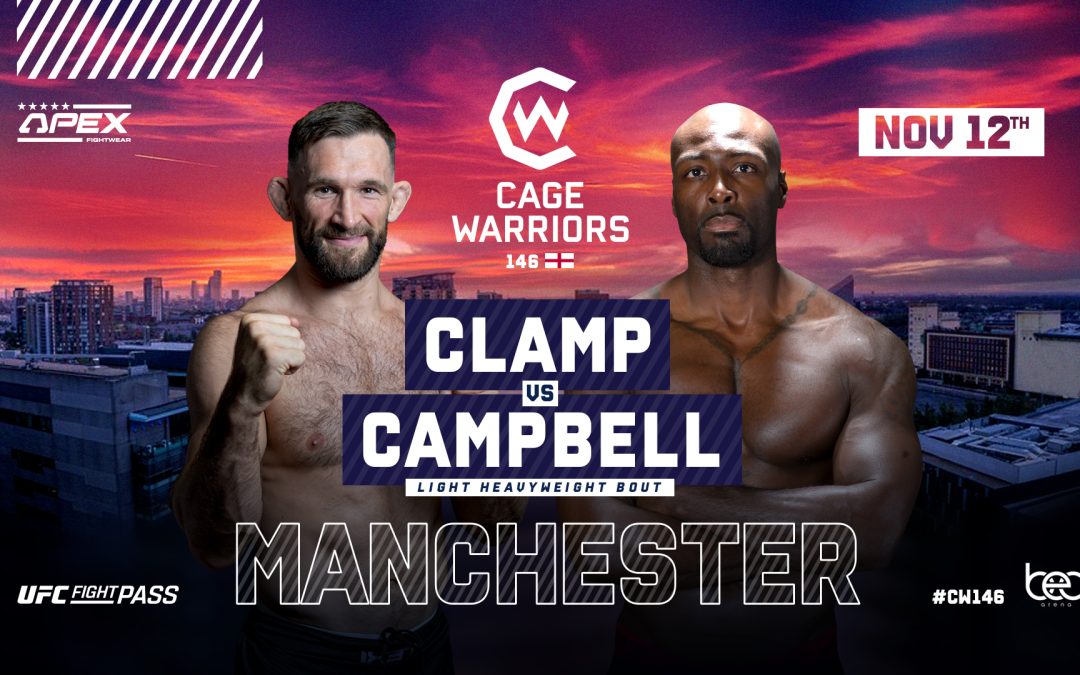 One of Europe’s leading light heavyweight competitors, Andrew ‘The Vice’ Clamp, is set to make his professional Cage Warriors debut this Saturday in Manchester at CW 146.

A seasoned veteran of the UK circuit, Clamp has amassed an impressive 11-1 (1NC) record and is a proven finisher, with seven victories coming by way of TKO and three via submission.

Training under UFC veteran Tom Blackledge, Clamp made his first CW appearance as an amateur in 2013, earning a TKO victory over fearsome striker Luke ‘The Animal’ Taylor.

A tall, rangy light heavyweight with a suffocating catch-style grappling game, ‘The Vice’ is equally dangerous striking from a distance or dragging his opponent to the mat to unleash his impressive ground-and-pound arsenal.

Welcoming Clamp back to the CW cage is San Jose, California’s Chuck Campbell.

American Kickboxing Academy’s Campbell (4-1, 1NC) will be looking to keep his momentum in the famous yellow gloves going, following an impressive points victory over the previously unbeaten Elijah Harris at CW 133 in March.

The American will be making his first appearance on a European CW event, and with the upcoming Team Europe vs Team USA event on New Year’s Eve, will no doubt be looking to earn some early bragging rights for the American team.

With both light heavyweights standing a shade under six-and-a-half feet tall, the Manchester crowd will be treated to a battle of the giants on Saturday night.

Final tickets for Saturday’s event – which streams live on UFC Fight Pass – are available in severely limited numbers from CageWarriors.com