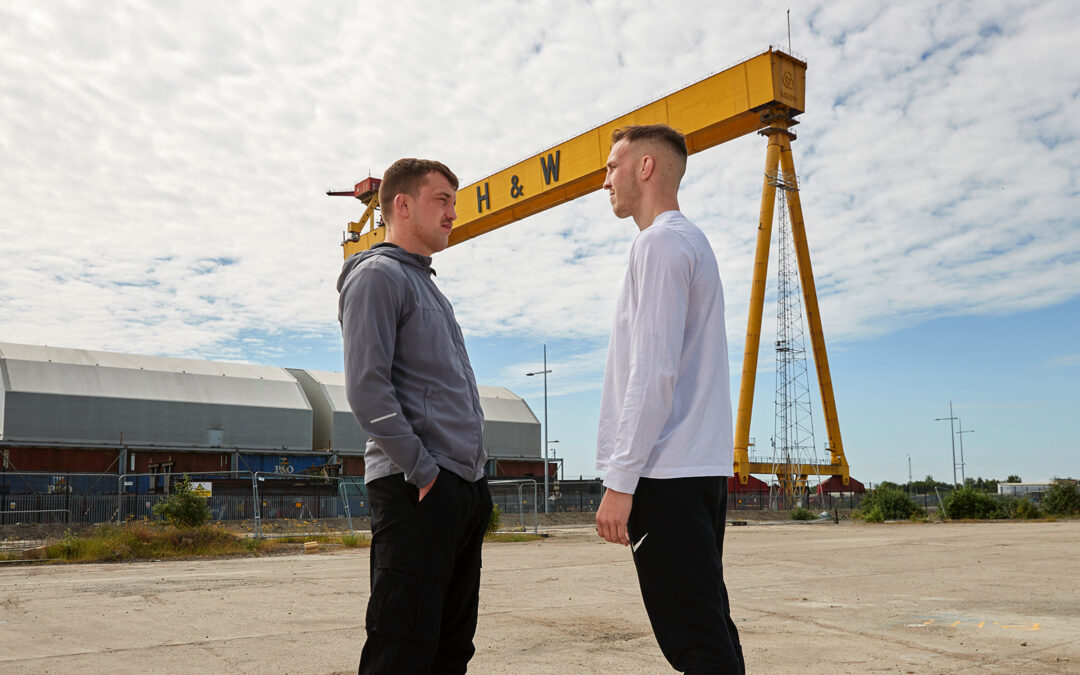 The conferring of a welterweight champion is set to provide the climax to a long-awaited Belfast debut for Cage Warriors.

Fervent backing from the thousands of spectators in the SSE Arena is expected for local favourite Rhys McKee, who will take on England’s Justin Burlinson in the Cage Warriors 140 main event.

At stake in the eagerly-anticipated contest is the 170-pound title that was vacated last year by Ian Garry following the undefeated Irishman’s switch to the UFC.

Burlinson (7-1) earned his title shot with an impressive submission win over Daniel Skibiński in April, while McKee (11-4-1) returned from a two-fight stint with the UFC last October to record a TKO victory against Aleksi Mäntykivi.

“This fight between Rhys McKee and Justin Burlinson is really intriguing for many reasons,” said Cage Warriors matchmaker Ian Dean.

“You’ve got two guys who are still in their mid-20s and they’ve both picked up victories against established opposition in Cage Warriors. They’ve also tested themselves at UFC and DWCS level respectively. They now find themselves not just looking to rebuild, but aiming to make a statement with a title win.

“Both fighters have exciting styles and their combined total of 18 pro wins have all come inside the distance – 11 of them by (T)KO. It’s the perfect fight for a big arena show like this, where thousands of eyes will be on them.”

Burlinson is bidding to become the first Englishman since Dan Hardy to become the Cage Warriors welterweight champion – an accolade which has been bestowed upon plenty of other notable competitors over the course of the organisation’s 20-year history.

Dean added: “The 170-pound division has always been one of my favourite Cage Warriors weight classes. Ever since the days of Dan Hardy, we have been blessed with talented fighters and champions.

Saturday’s five-fight main card begins at 9pm local time. It will be preceded by four preliminary bouts at 7.30pm, with all the action broadcast live on UFC Fight Pass.

“What I love about this card is that it perfectly encapsulates what Cage Warriors is all about,” CW president Graham Boylan said. “At the top of the bill you’ve got two high-level operators who are competing in a fight that is generating interest from across the MMA world.

“But then you’ve also got a multitude of extremely talented guys who are looking to work their way towards championship level. They’ve got a huge opportunity here to prove that they’re the real deal.

“This is a massive event and it offers a platform to fighters to deliver on their potential and showcase what they’re capable of. I think we’ll look back on this card in years to come and remember it as a night when a few stars were born.”