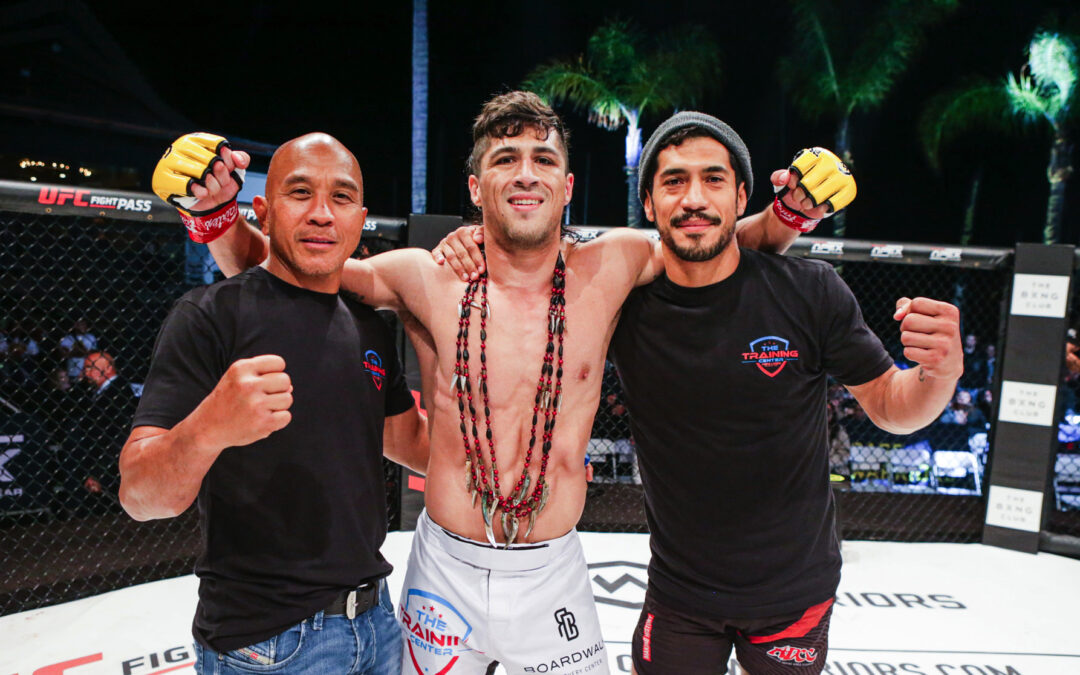 Jordan Bailey made short work of Alex Trinidad when the lightweights clashed at Humphreys by the Bay in San Diego.

The bout headlined Cage Warriors 139, as the organisation returned for its fourth show in California in the space of a year.

Bailey rebounded from a defeat to Max Rohskopf last October by forcing Trinidad to tap to a guillotine choke inside the opening minute.

After wins on the prelims for Bill Wilson, David Lopez, Tyler Escoto and Roberto Hernandez, the main card got off to an explosive start thanks to Chasen Blair.

The former NCAA Division 1 wrestler gave a demonstration of his striking capabilities with a spectacular second-round KO of Kona Oliveira.

Later on the bill, there were also victories for Junior Cortez, Elijah Harris, Eli Leggett and Jamey Lynch.