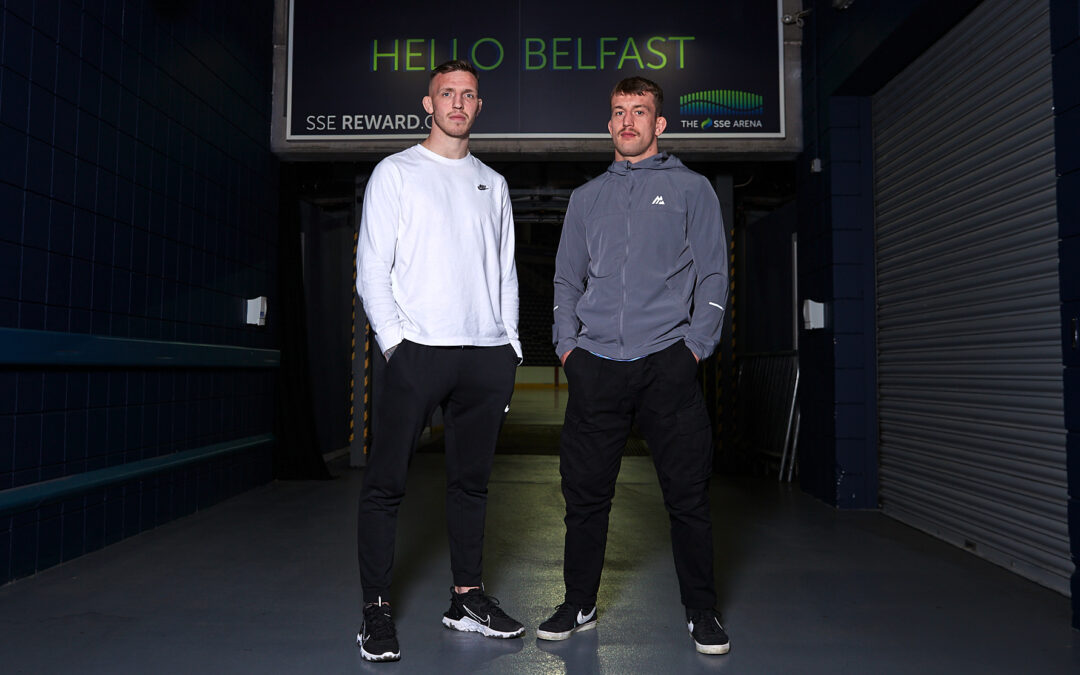 Justin Burlinson (7-1) insists he has no concerns about fighting Rhys McKee (11-4-1) for the welterweight belt in his opponent’s backyard.

Burlinson, a native of Sunderland in the north-east of England, will make the short hop across the Irish Sea in a bid to claim the vacant title in the headline bout at Cage Warriors 140.

The event will take place on Saturday 25th June at the SSE Arena in Belfast – just a half-an-hour’s drive from McKee’s home in Ballymena, County Antrim.

The two-time UFC veteran will subsequently have the majority of the support in the venue on the night, but Burlinson is adamant that it won’t affect him.

“I don’t really see the advantage because it’s just me and him in the cage,” he said. “The cage could be anywhere so it doesn’t really matter. I don’t see it any other way.

“If anything, it’s added pressure on him in front of his home crowd. I don’t really know him well personally so it might not make a difference, but if there’s any pressure it’s on him.” 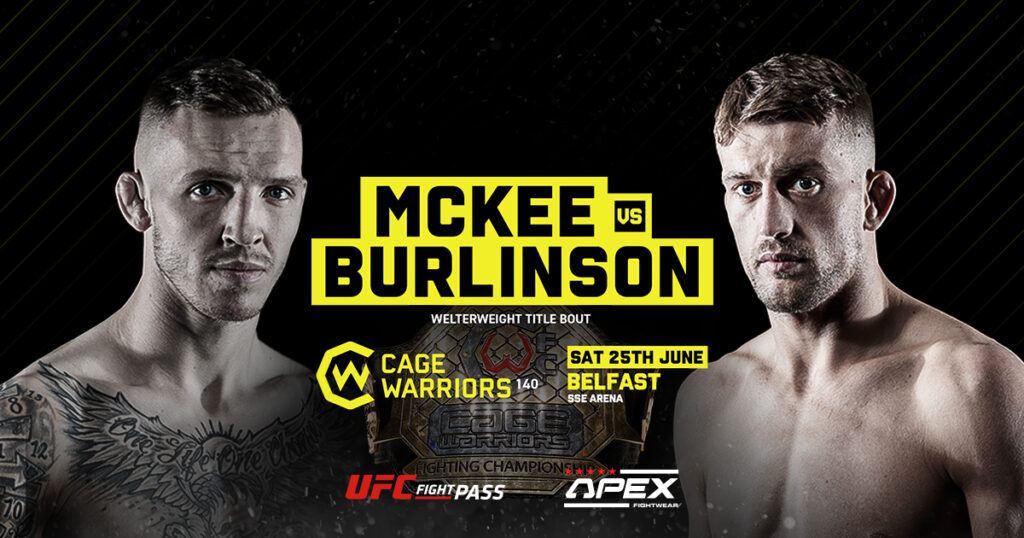 As he signs off on another fight camp, Burlinson is satisfied that no stone has been left unturned in his preparations for a bout that could see him become the first Englishman since Dan Hardy to claim Cage Warriors gold in the 170-pound division.

“It’s probably been one of the best camps of my career to date,” said the 25-year-old, who earned his title shot with a second-round submission of Daniel Skibiński at CW 135 in April.

“I feel like I’ve peaked at the right time and trained smart. I’ve always trained hard but the problem was sometimes that I needed to be a bit smarter. I feel like I’ve looked after my body during this camp and I’ve prepared in the best way possible.”

As for his prospects of overcoming McKee, Burlinson said: “He’s more experienced, but I think that’s the only thing he’s got over me. With skill and everything else, I believe I’m the better fighter.”

Tickets for Cage Warriors 140 at the SSE Arena in Belfast are available from TICKETMASTER and EVENTIM.