Cage Warriors to End 2022 With Europe vs USA Supercard 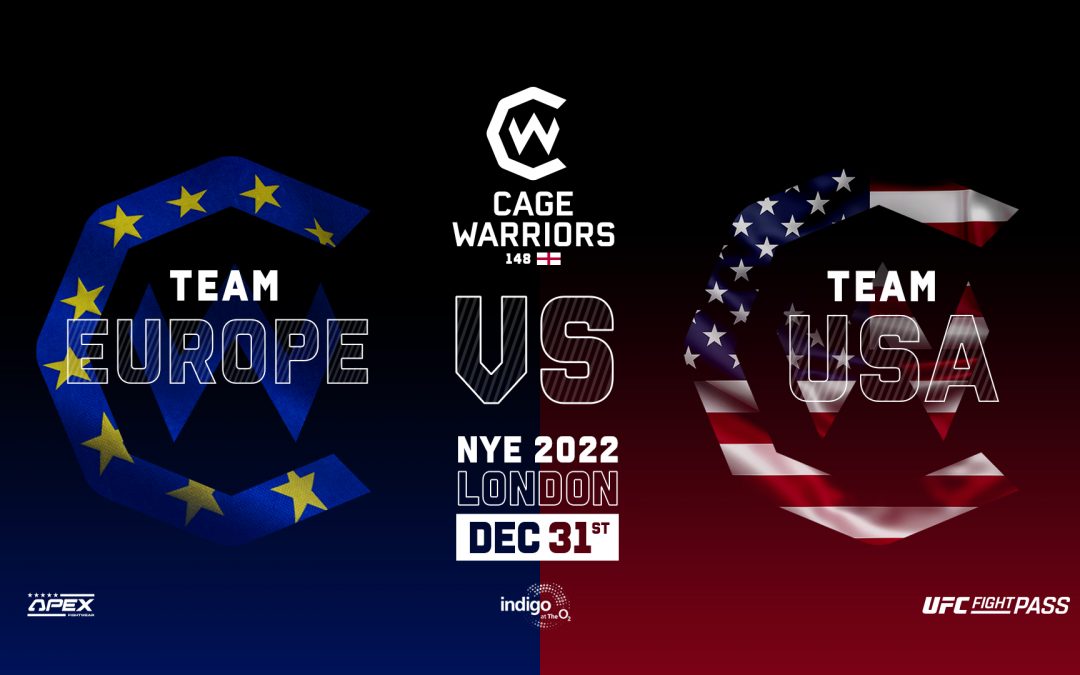 Europe’s leading MMA promotion is set to end the year with a bang, as the legendary Cage Warriors New Year’s Eve party is back…with a twist!

On Saturday, December 31st, the promotion returns to The Indigo at The O2 for Cage Warriors 148:
Europe vs USA.

Stars from both sides of the Atlantic will meet in a series of mouth-watering contests
pitting members of the European CW roster against their US counterparts, on what is sure
to be one of the most stacked cards of the year.

Cage Warriors’ first New Year’s bash took place in 2012 at Dublin’s Helix, famously launching the
career of CW and UFC double champ ‘The Notorious’ Conor McGregor, who rang in the
new year with his now-iconic KO of Ivan Buchinger.

The Helix played host to another New Year’s party in 2013, as Buchinger returned to capture the lightweight title against future UFC star Stevie Ray in an all-time classic.

With bouts for the EU vs US supercard to be announced in the coming weeks, CW favourites will be clamouring for a spot on the card, in a bid to stake their claim for trans-Atlantic supremacy.

“2022 has been a banner year for the promotion, so there’s no better way to give back to the fans
than capping it off with one of the biggest and most unique events in Cage Warriors history.”

“Ever since our debut in San Diego last year, fans have been asking when we’ll see members of the American roster crossing over to face Europe’s finest.

With rosters on both sides of the Atlantic stronger than ever, now is the time to pit Team Europe against Team USA and end the year with a bang!”

With CW 148: Europe vs USA set to go down in history alongside the likes of Night of Champions and Super Saturday, this is the New Year’s Eve party that no fight fan can afford to miss!

Fans will be able to see in the New Year with an after-show bar and DJ until 1am, while Kings Row ticket holders will have access to an exclusive afterparty with CW fighters until 3am (Attendees must be 18 years or older).

Tickets go on sale Tuesday October 25th at 10am via CageWarriors.com