Creasey to defend flyweight title against Hazan in London 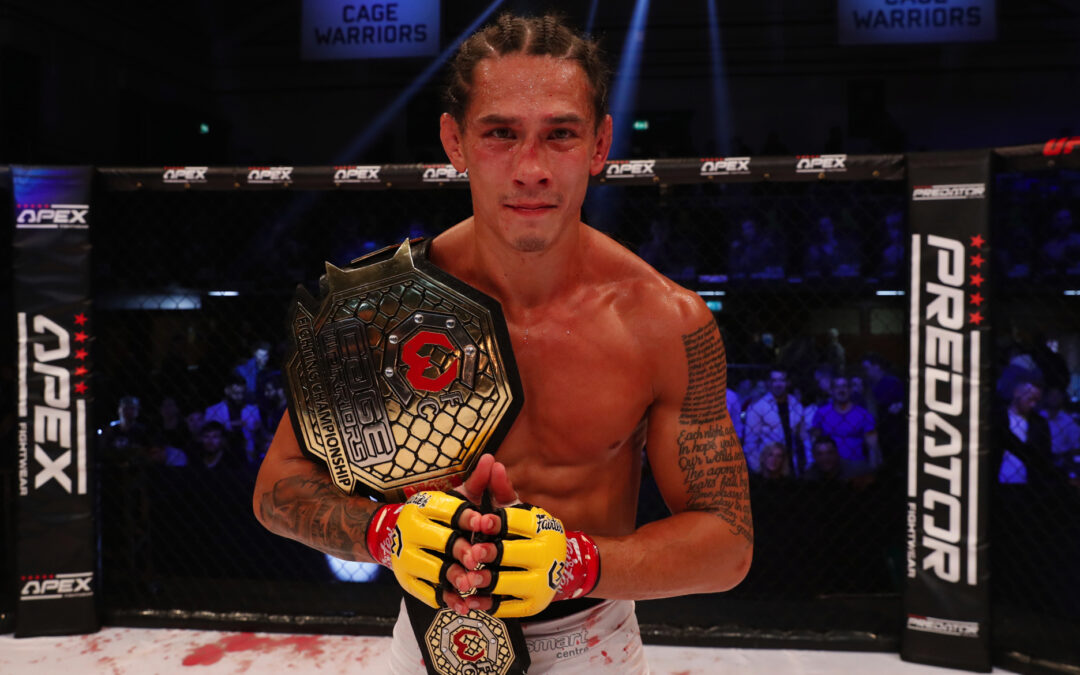 Sam Creasey (pictured) will put his flyweight title on the line when Cage Warriors celebrates its 20th anniversary in London this summer.

It will be a 15th outing under the CW banner for Creasey, who clinched the title last October courtesy of a third-round submission of Luke Shanks.

The experienced Englishman was then defeated by Shanks in a December rematch, but he retained the belt nevertheless due to his opponent’s failure to make weight.

“I’m looking forward to a fantastic contest against a young and hungry fighter,” said Creasey, who has tasted victory in the yellow gloves on 10 occasions.

Hazan earns his shot at the gold on the back of a 3-0 run with Cage Warriors to date. The undefeated Italian has accounted for Josh Reed, Scott Malone and Raymison Bruno since debuting for the organisation last year.

“I have a lot of respect for Sam Creasey,” said Hazan. “He’s a very good and skilled fighter – it’s going to be a war – but I can’t wait to fight him and become the new Cage Warriors champion.” 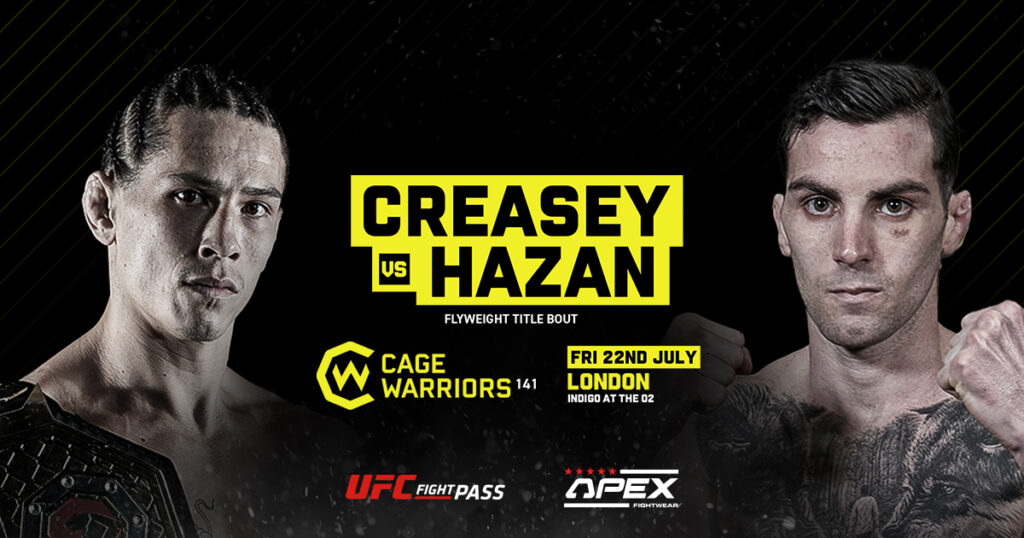 More fights to be announced…