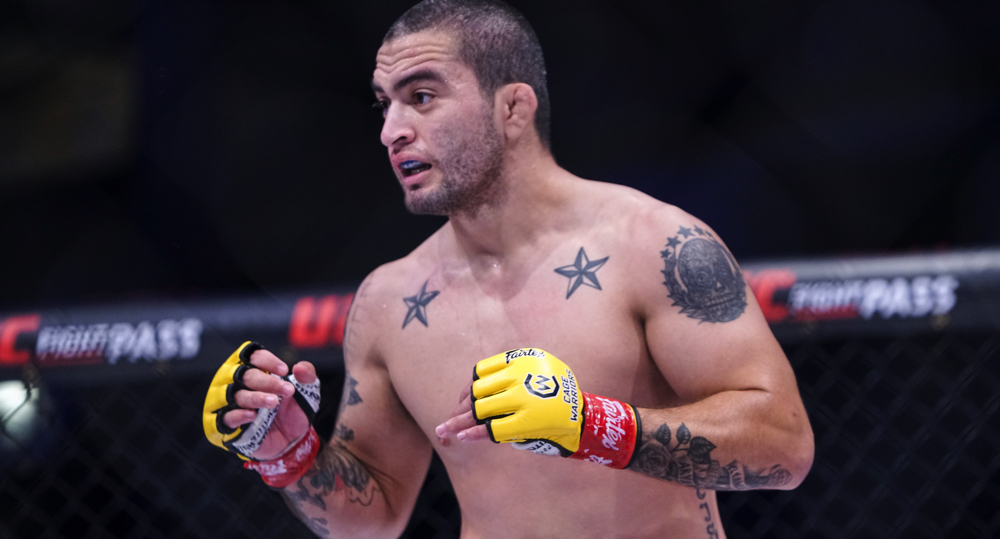 A new main event has been set for this weekend’s Cage Warriors 139 card, which is scheduled to take place at Humphreys by the Bay in San Diego.

The meeting of Erick Sanchez and Max Rohskopf had been due to headline the organisation’s eagerly anticipated return to the California coast.

However, Sanchez has been forced to withdraw from the lightweight bout due to Covid-19.

Instead, the slot will be filled by another contest in the 155-pound division, with the clash of Jordan Bailey and Alex Trinidad (pictured)  subsequently bumped up to the top of the bill. 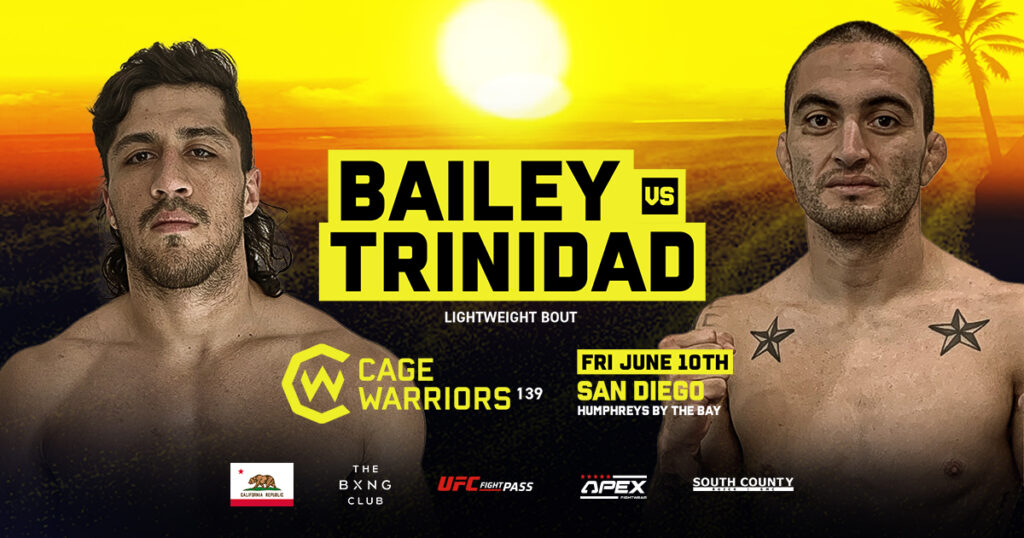