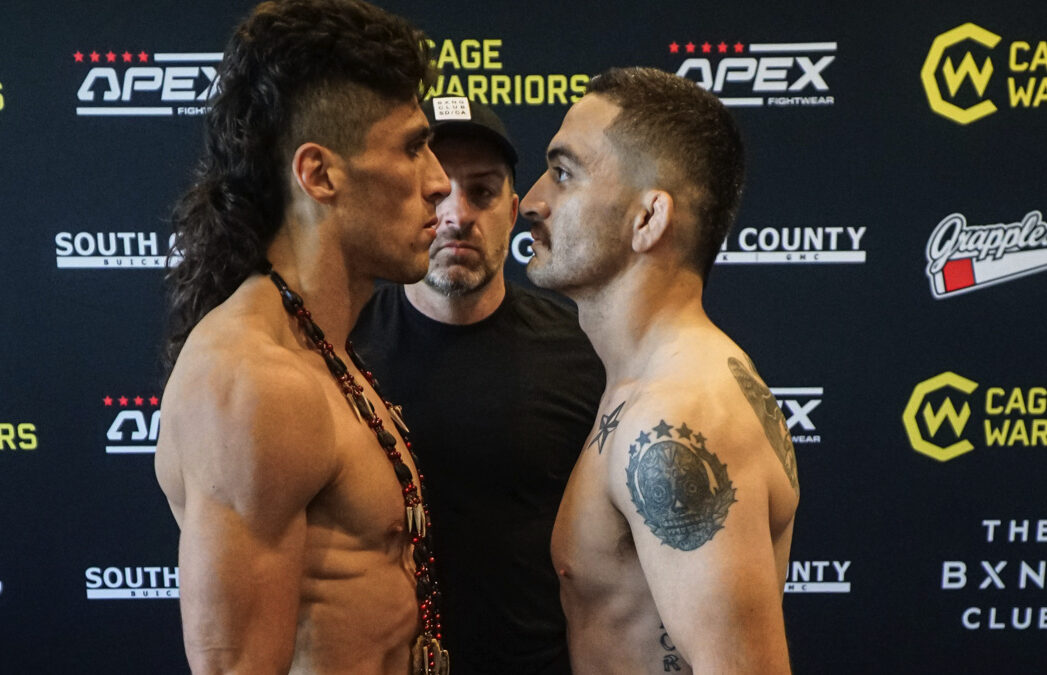 The stars of Cage Warriors 139 have finalised their preparations for tomorrow night’s card at Humphreys by the Bay in San Diego.

The weigh-ins, which were conducted and overseen by the California State Athletic Commission, took place today at the Sheraton Hotel, Mission Valley.

Two of the 20 fighters on the bill for the organisation’s return to the Pacific Coast came in above their contracted weight, but all bouts are to proceed nevertheless.

The fighters in question – Elijah Harris and Bill Wilson – will subsequently be issued with 20% fines by the CSAC.

CW 139 will be headlined by the clash of Jordan Bailey and Alex Trinidad (both pictured), after Covid-19 forced Erick Sanchez to withdraw from his meeting with Max Rohskopf earlier this week