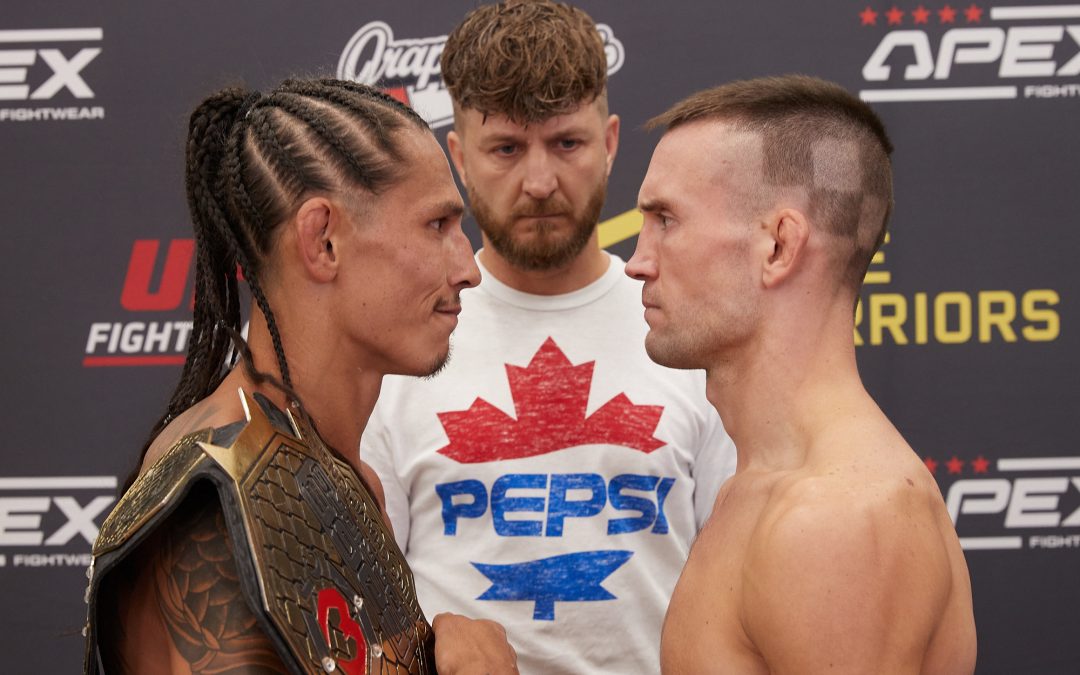 Sam Creasey will put his belt on the line tomorrow night in the main event at Cage Warriors 142, which takes place at the Ebbw Vale Sports Centre in Wales.

Creasey’s long-awaited first title defence is official following today’s weigh-ins, which saw both the champion and challenger Stipe Brčić hit the mark ahead of their flyweight showdown.

All other fighters on the bill were also on weight, but the card has unfortunately been hit by a late withdrawal.

Having taken ill, Josh Reed has been forced out of his clash with Bogdan Barbu.