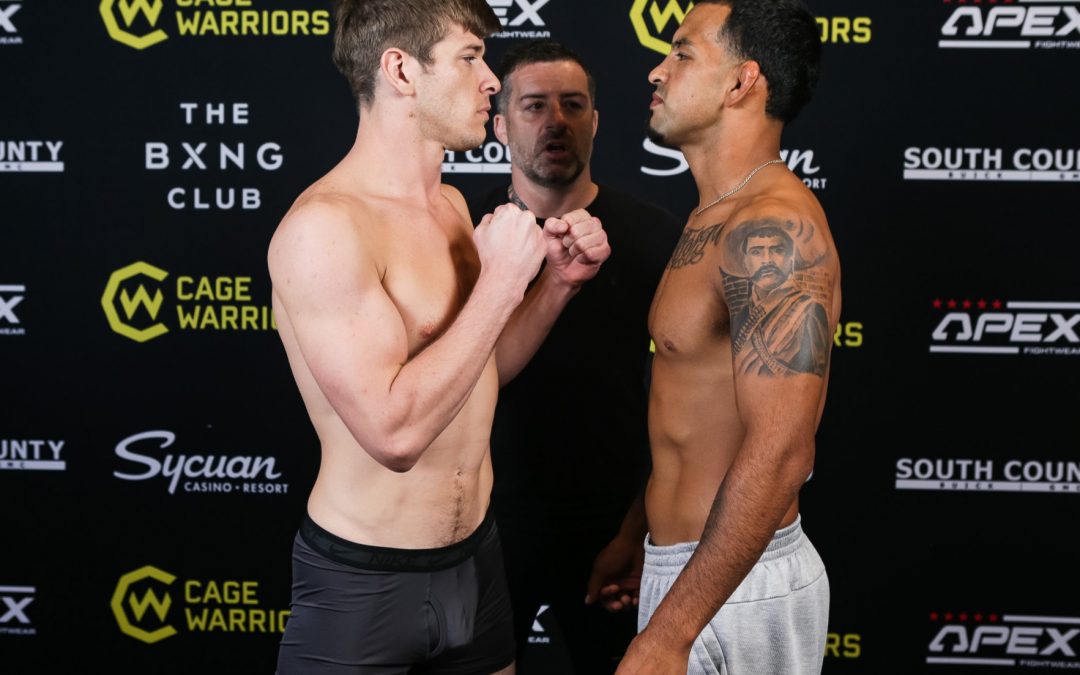 Erick Sanchez’s Cage Warriors debut was made official at today’s weigh-ins and will see him make up one half of the CW 143 main event against Jamey Lynch at lightweight who will be looking to continue his charge towards a title shot.

One fight has unfortunately fell through from the prelims with Tyler Escoto not being cleared to compete by the California State Athletic Commission for his fight with Orlando Sanders.

Meanwhile, Elijah Harris was the only fighter to miss weight at he weighed in at 212.2lbs (6.2lbs over) for his fight at light heavyweight with Trey Williams.