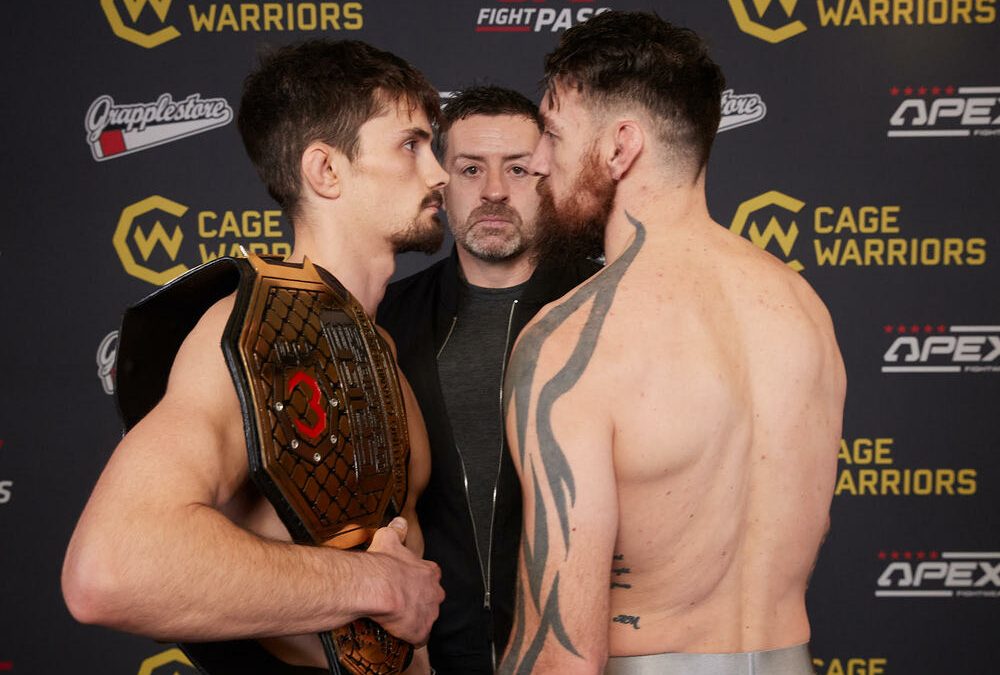 Cage Warriors 147 is set with nine bouts, capped off by a five round headliner for the 155lb title.

Champion George Hardwick stepped onto the scales looking lean, half a pound under the championship limit.

Challenger Chris Bungard weighed in at 157.7lbs on his first attempt.

The Scotsman returned within the allotted time to make championship weight at 155lbs even.

Full weigh-in results for both cards – which stream live on UFC Fight Pass & international broadcast partners – can be found below, along with updated start times.

*Bungard originally weighed in at 157.7lbs