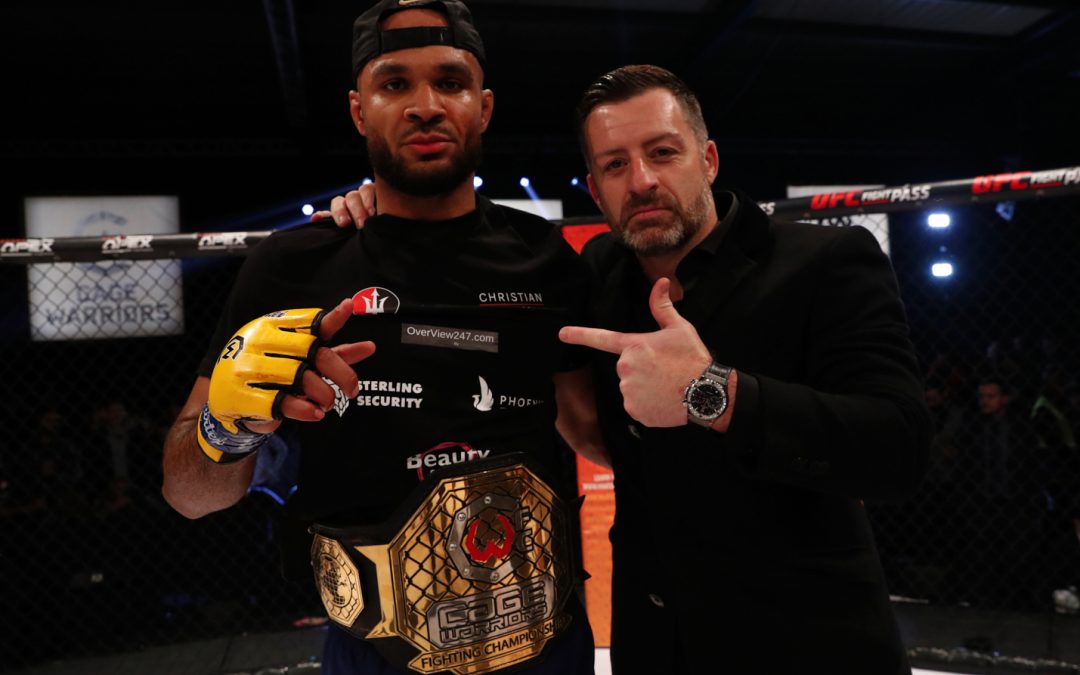 One of the hottest prospects in mixed martial arts has signed up for his next assignment.

For his inaugural defence, Christian Leroy Duncan (6-0) will return to the scene of his middleweight title victory earlier this year.

The undefeated phenom from Gloucestershire is to put his belt on the line against Marian Dimitrov (10-2) at Cage Warriors 146.

The event is scheduled to take place on Saturday November 12th at the BEC Arena in Manchester, England.

Duncan has bulldozed his way to the top of the organisation’s middleweight division with a string of eye-catching performances since making his professional debut in September 2020.

The talented 27-year-old continued his ascent in Manchester in April by forcing a spectacular TKO stoppage to dethrone Djati Melan.

Dimitrov, his 30-year-old opponent from Bulgaria, will aim to halt Duncan’s progress by extending his win streak to an 11th fight.

Tickets for Cage Warriors 146 will go on general sale at 10am (BST) this Friday September 2nd, but fans can get early access on Thursday by clicking here to sign up for the pre-sale.