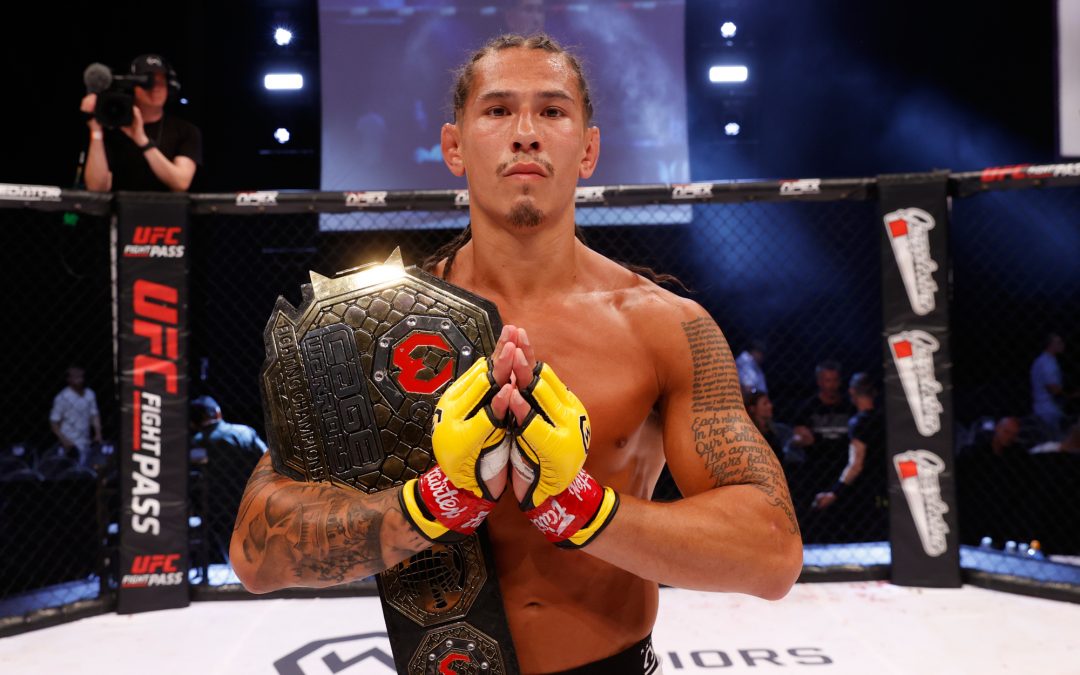 Originally scheduled to take place on Cage Warriors’ latest edition of Unplugged at the BT Sport Studio, the bout was postponed when an illness left Creasey unable to compete.

With both parties keen to get the bout rescheduled as quickly as possible, the contest will now take place as a featured bout on CW’s epic NYE party at the indigo at The O2.

In addition to the flyweight title bout, the Europe vs USA portion of the card is beginning to take shape with two additional bouts confirmed this week.

Spectacular knock-out artists Justin Barry will attempt to add another name to his highlight reel when he faces off with Italy’s Dario Bellandi.

The American exploded onto the CW scene in 2021 with a jaw-dropping crescent kick KO, while Bellandi recently got back on the winning track at CW 144 in Rome, submitting Joan Arastey with a second-round triangle.

Their bout joins the previously announced featherweight tilt between Tobias Harila and Damon ‘The Nomad’ Wilson.

In another addition to the card, former bantamweight title challenger Nathan Fletcher returns to the cage after a fifteen-month absence.

The Next Generation prospect, whose entire professional career has taken place in the famous yellow gloves, makes his long-awaited return against surging Italian up-and-comer Alessandro Giordano.

Additional bouts for the return of the Cage Warriors NYE party are expected to be announced in the coming days and weeks.

Tickets for the event, which includes a bar and DJ until 1am and a private VIP afterparty with Cage Warriors athletes until 3am for King’s Row ticket holders, are on sale now. The event will stream live on UFC Fight Pass and international broadcast partners.