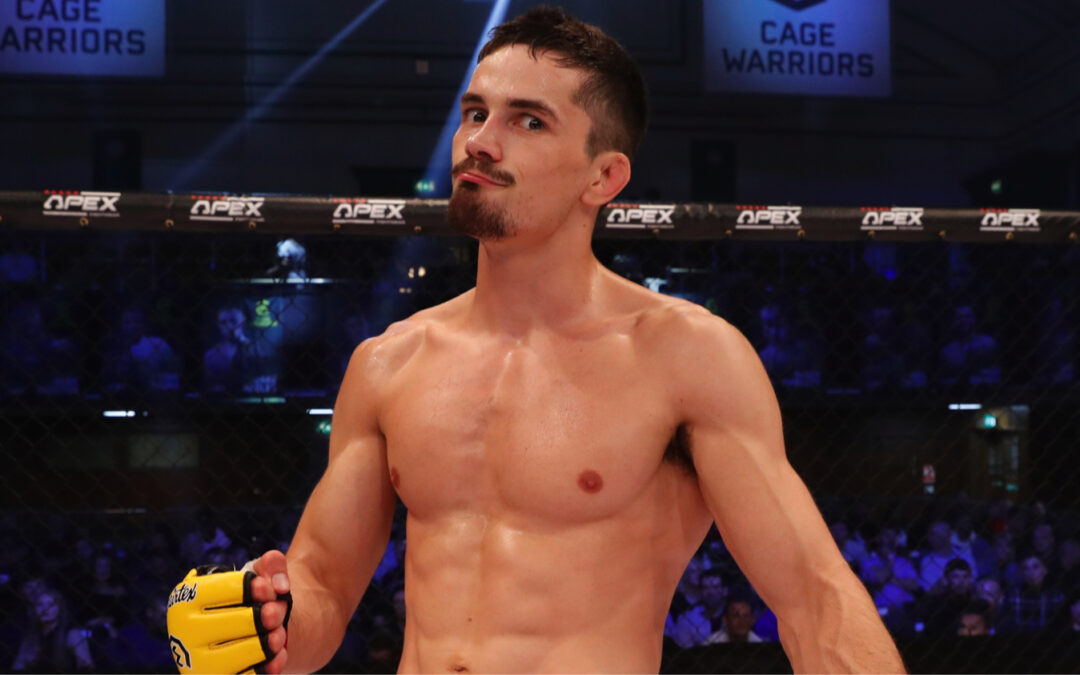 George Hardwick is relishing the prospect of adding his name to the illustrious list of fighters who can claim to have won Cage Warriors gold.

The native of Middlesbrough in the north-east of England will bid to clinch the vacant lightweight strap on Friday July 22nd at CW 141, where the organisation will celebrate its 20th anniversary

“Closer to home, my coach Abdul Mohamed was the welterweight champion of Cage Warriors back in 2004. Every time I walk up the gym steps and I see those belts, I see his 2004 Cage Warriors championship and it’s just carrying on that lineage.

“It just gives me fire every time I walk into the gym.”

Watch the full interview below…

Tickets for Cage Warriors 141 are available NOW from Eventim.