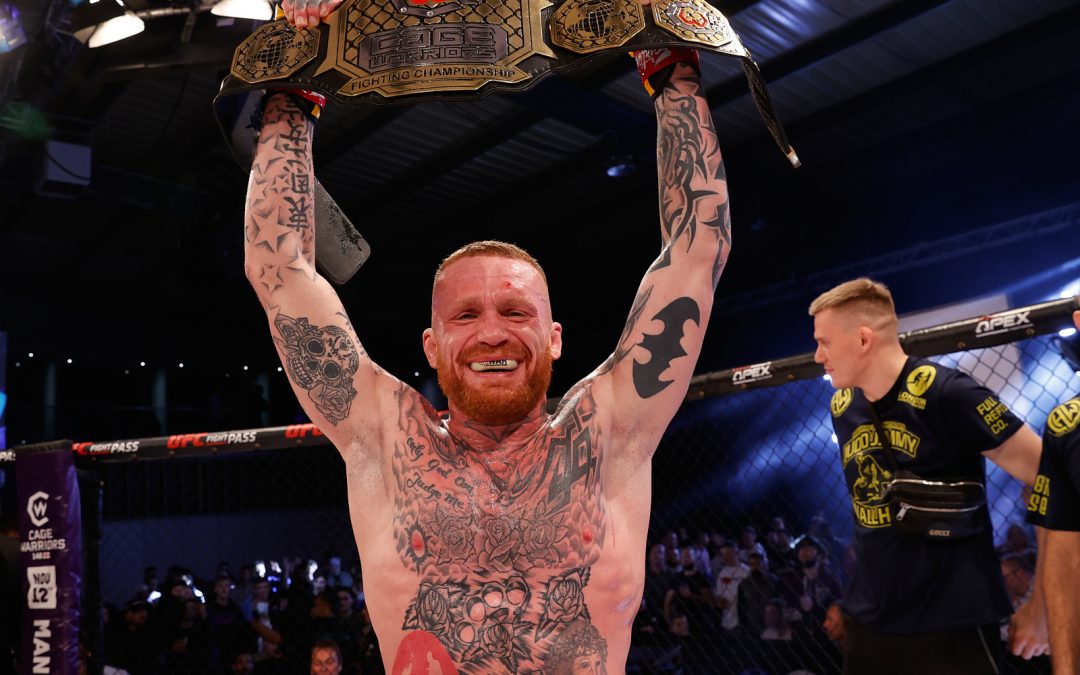 On a magical Manchester night to remember, Jimmy Wallhead was crowned a Cage Warriors champion, while Christian Duncan defend his middleweight title at CW 146.

Duncan headlined the event as he put his belt on the line for the first time and successfully defended it with a first-round finish over challenger Marian Dimitrov.

In the co-main slot, Jimmy Wallhead proved age is just a number as he overcame Matt Figlak to become the interim welterweight champion.

A spectacular main card was kicked off with another French fighter being added to Adam Cullen’s impressive resume as the Next Gen fighter completed a trio of KO wins for the Liverpool-based gym.

It was Liam Gittins who started off the night spectactularly against Faisal Malik in the first round of their clash with a TKO win.

While Luke Riley shined bright under the lights as he passed his toughest test to date in the featured prelim with the fifth finish of his career.

Elsewhere Chuck Campbell put himself in the title picture at light heavyweight with a fast finish over CW newcomer Andrew Clamp.