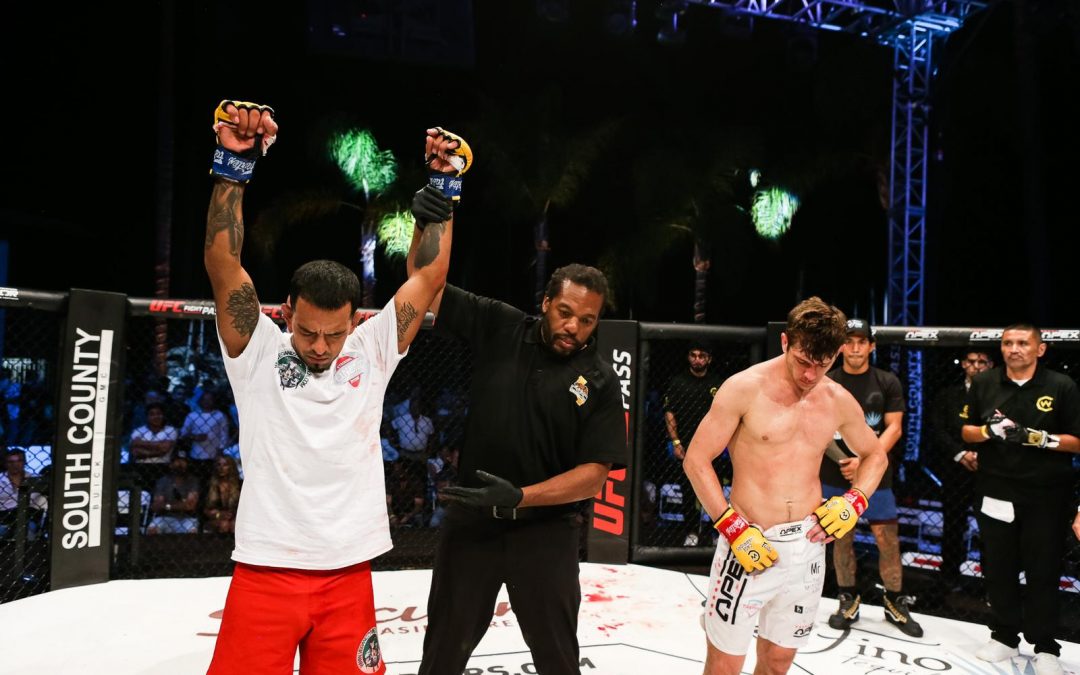 A brutal first round knockout in the main event handed Erick Sanchez the limelight after an unforgettable night of fighting at Cage Warriors 143 in San Diego.

In his debut in the yellow gloves, the Sacramento native flatlined his opponent with one punch to leave the crowd speechless at Humphrey’s by the Bay.

A fifth CW show in San Diego got off to a flying start when Matt Hampton pulled off an arm bar submission to make quick work of Bill Wilson.

Meanwhile, on the main card, Jordan Bailey pulled off the biggest victory of his career as he scored a guillotine choke submission to send the crowd into raptures.

This was followed by fight of the night between Jeff Craig and Chasen Blair with the two young guns going to war through all three rounds on the main card.

In the end however, it was Craig who edged a split decision win to ensure he remained undefeated.