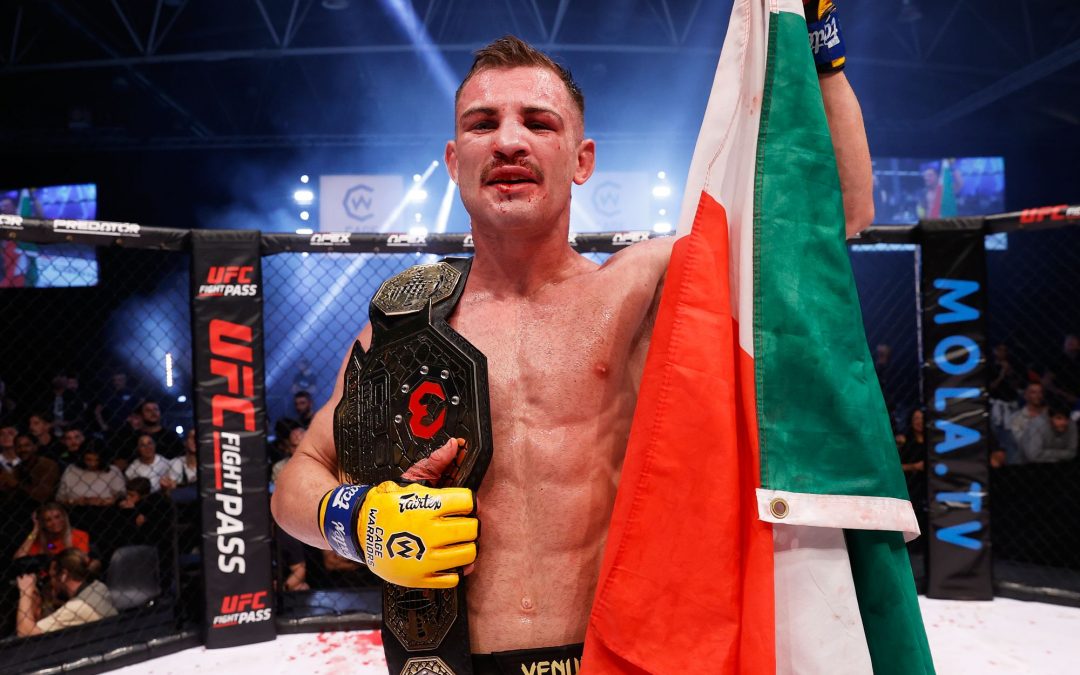 A historic CW 144 card in Rome brought unforgettable night of action that was topped off with a new Italian champion in the name of Michele Martignoni.

‘The Italian Thunder’ took the Fiera Roma by storm as he fought his way over five rounds to become the new bantamweight world champion against Dominique Wooding.

Carlo Pedersoli Jr. made it a successful return to Cage Warriors in the co-main event as he got the submission win over top contender Madars Fleminas.

There were also quick finishes for Jamine Favero and Dylan Hazan that set the crowd alight with a huge following for the latter that showed immense support for the Italian.

Micol Di Segni also picked up a unanimous decision win in her homecoming that kicked off the main card.

While in the prelims, it was a trio of Italian victories, with Emanuele Sabatino, Dario Bellandi and Emanuel Zaccaria all seeing their hands raised in Rome.