Redemption for Hughes in Vucenic Rematch 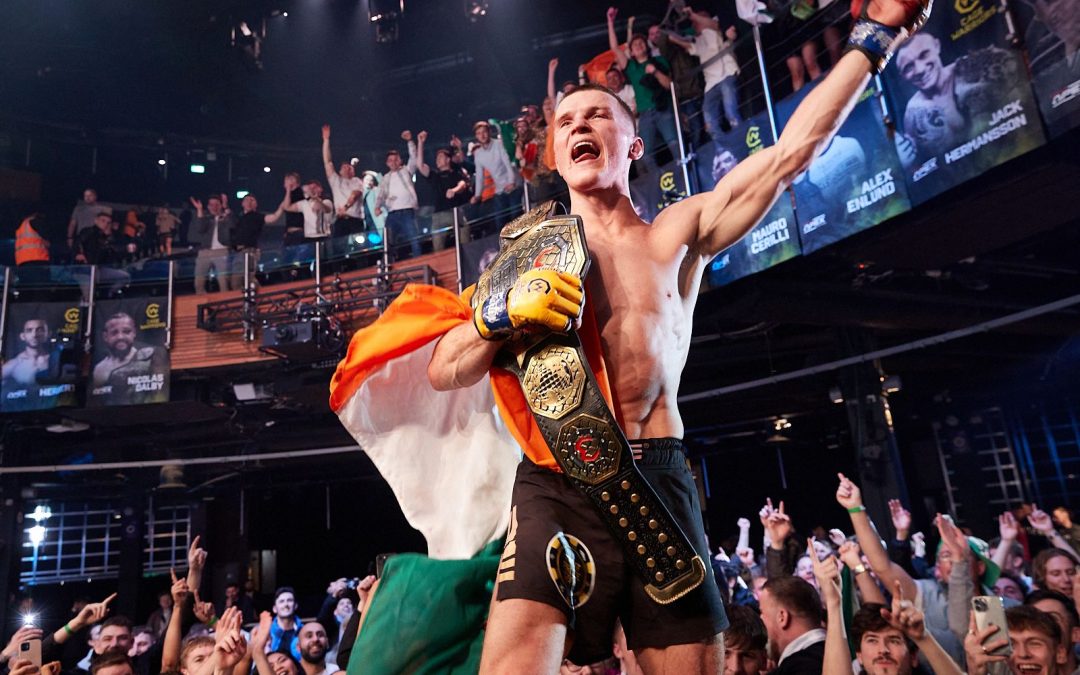 Paul Hughes claimed the unified CW featherweight title with a dominant display over Jordan Vucenic in their long-awaited rematch at CW 145.

The Irishman swept the scorecards as he went close on multiple occasions to finishing his rival.

In the co-main event, James Sheehan put himself in title contention with a win over top contender Jamie Richardson in a hard-fought technical battle.

Caolan Loughran also put himself within reach of a title shot as he took out Luke Shanks with a second round TKO victory to secure the biggest win of his career.

Meanwhile on the main card, Mehdi Ben Lakdhdar and Modestas Bukaskaus made their returns to the cage and secured emotional victories.

In the prelims, the next title challenger for Paul Hughes may have been discovered at featherweight after Harry Hardwick beat Steve Aimable in a one sided decision victory.

Ryan Shelley is also amongst the mix at 145lbs following his fast submission finish over Josh Reed.