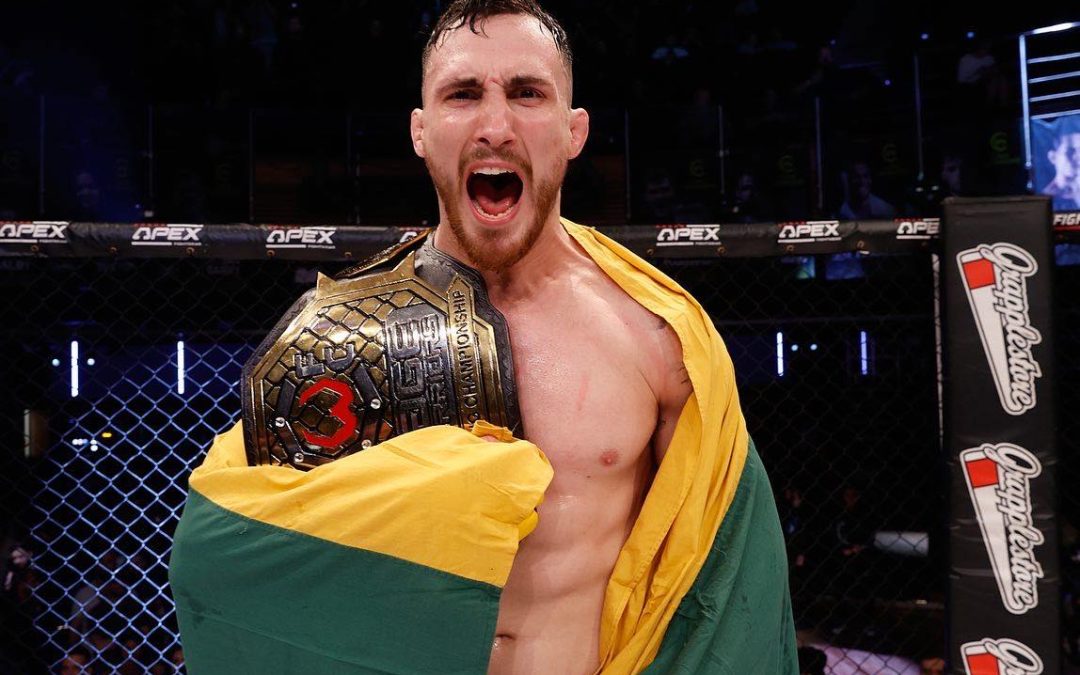 Modestas Bukauskas secured bragging rights for Team Europe as they edged Team USA thanks to his history-making title win at CW 148.

Chasen Blair got Team USA off to a flying start with a TKO victory 12 seconds into his fight on the prelims. Before Dario Bellandi evened the score on the main card opener with his stoppage win against Justin Barry.

Team Europe then stole the lead when Tobias Harila put Damon Wilson away with a vicious elbow against the American in their highly anticipated bout.

Their lead didn’t last for long however as Wilson Reis put in a convincing performance over Tuomas Gronvall to see the score even going into the main event where both fighters fought for the decider.

It was Team Europe who walked away victorious as Bukauskas became a two-time champion thanks to his fourth-round KO victory with a crisp right hand confirming a walk-off win for the Lithuanian.

Elsewhere, Shaj Haque achieved a come-from-behind victory over rival Sam Creasey to confirm his status as the best flyweight in Europe with a brutal one-punch knockout victory in the featured prelim bout.

While Darren Stewart and Nathan Fletcher both returned to winning ways with their convincing victories at the 2022 finale.

Main Card
Modestas Bukauskas def. Chuck Campbell via KO (punch) after 0:22 of round four
Wilson Reis def. Tuomas Gronvall by unanimous decision (30-27, 30-27, 29-27)
Tobias Harila def. Damon Wilson via TKO (elbow followed by punches) after 1:33 of round two
Darren Stewart def. Guilherme Cadena via TKO (ground and pound) after 2:07 of round one
Dario Bellandi def. Justin Barry via TKO (punches) after 3:32 of round one