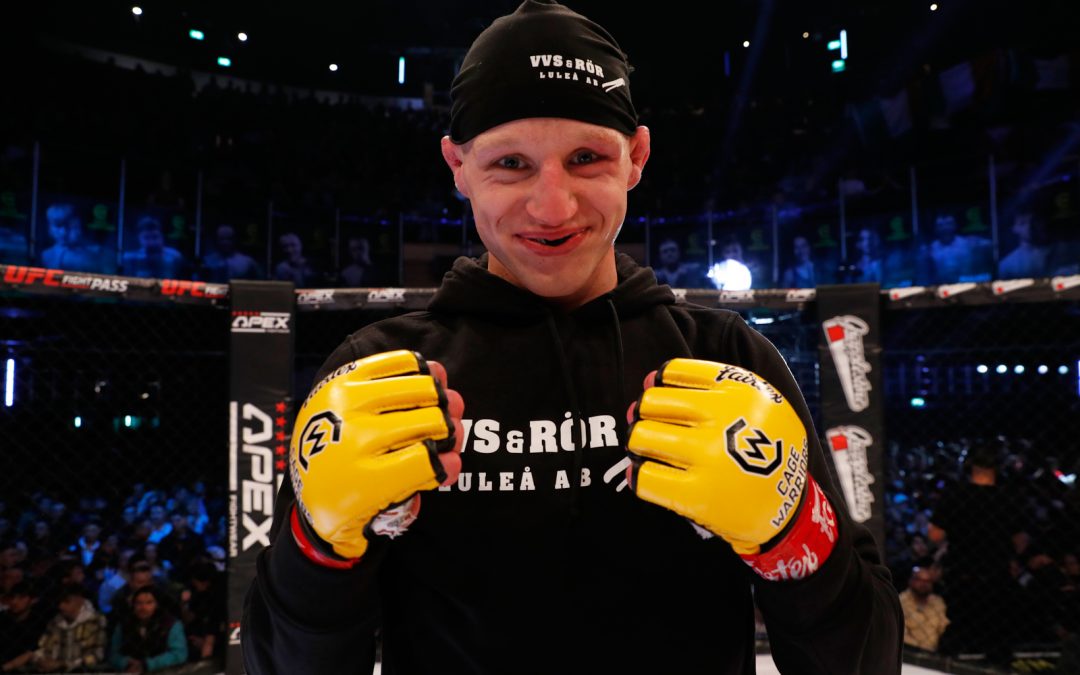 Cage Warriors is delighted to announce that Swedish star Tobias Harila has signed a new multi-fight deal to continue his stay with Europe’s premier MMA organisation.

Harila made his CW debut in March 2021 when he burst onto the scene with a brutal ground-and-pound TKO victory over Aidan Stephen at CW 122.

Ever since then his stock has continued to rise as he’s quickly become a fan favourite.

‘Bad Intention’ is widely known for his intense walkouts and entertaining fight style as he always comes to put on a show in the yellow gloves.

Earlier this year, Harila showed what he is all about as he stepped up an entire weight class on short notice to compete at CW 134 after two original bouts fell through.

A new opponent was no problem for the Swede as he scored a highlight reel KO over Decky McAleenan.

Last time out, the 28-year-old suffered only the third loss of his career to fellow countryman Samuel Bark at CW 141.

However, a win in his next fight could see him catapult straight into the title mix in a competitive featherweight division.

Harila is expected to be back in action before the end of the year as he looks to bounce back in style.